Crowdfunding in the UAE – An Opportune Time For Regulatory Certainty 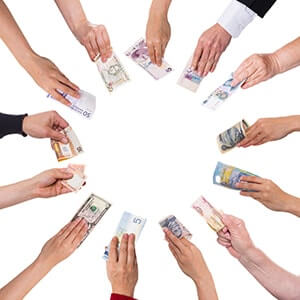 [vc_row][vc_column][vc_column_text]Crowdfunding is the new kid on the block in the alternative finance market.  With access to traditional modes of corporate finance reaching the bottleneck coupled with the sweeping reach of the internet, crowdfunding is globally emerging as a leading resort for financing to not just startups, innovative companies and small and medium enterprises (SMEs) but also to individuals with an exciting project and to non-profits aiming to ramp up their fundraising efforts.

In the UAE, the idea of crowdfunding is attracting considerable interest particularly in view of the important role of SMEs in this region – SMEs are said to account for over 90% of the business and workforce in the country, and according to the UAE’s Ministry of Economy, SMEs account for almost 60% of UAE’s GDP.  The law is slowly catching up to this concept and with crowdfunding involving raising funds from the public at large, it is bound to frequently appear before the regulator’s radar going forward.  To fuel the growth of crowdfunding market and to balance it against the need for investor protection, there is a need for a regulatory certainty in the form of an express legal framework to govern the crowdfunding market.

In this article, we have provided a general overview of crowdfunding, examined the legal challenges surrounding crowdfunding in the UAE, and outlined the way forward.

Crowdfunding is a practice of raising funds from a large number of people by way of an electronic platform for a business venture, a project, or a social cause.  Typically, crowdfunding consists of interaction of three parties: (i) the person raising funds, (ii) the intermediary providing the crowdsourcing platform, and (iii) the public providing funding through the platform.

There are, in broad terms, four models of crowdfunding:

While the Donations and Rewards model are popular amongst individuals, non-profits and smaller entities, the equity and peer-to-peer lending model, also known as the investment crowdfunding, has the potential to disrupt the financing market and boost the growth of the startup and SME market by offering more accessible financing.

Charity and fundraising activities in the UAE are highly regulated and requires careful treading.  The arrest of Scott Richards, an Australian- British national, last year is a case in point. Mr. Richards had used Facebook to recommend a crowdfunding campaign run by a US charity supporting refugees in Afghanistan – this was construed as a violation of Dubai’s charity law described below.

In summary, under UAE laws, corporates and individuals are prohibited from raising funds without obtaining the relevant license depending on the emirate in which funds are sought to be raised. For instance, in Dubai, under Dubai Decree 9 of 2015 Organization of Fundraising in the Emirate of Dubai, the acts of fundraising, allowing fundraising, and advertising fundraising campaigns through media are prohibited without the prior written consent of the Islamic Affairs and Charitable Activities Department (IACAD).  Violation of this law attracts a fine of up to AED 100,000, imprisonment up to one year, or both.

As investors receive something in return, this model can be compared to an online marketplace which can be set up within UAE’s legal framework.  That said, the lines between the donations and rewards model can be blurred given that the rewards are often disproportionate to the investments.  As a result, it is possible that government authorities could take a view that an act of fund-raising is taking place in the garb of a business transaction, such as in the case where the reward is a simple ‘thank-you’ note or an acknowledgement in the website.

In particular, the issue of securities of a mainland company is essentially regulated under the UAE companies law (Federal Law no. 2 of 2015) and regulations issued by the SCA.  As such, under the UAE companies Law, only public joint stock companies may offer securities by way of a public subscription through a prospectus; other companies, whether incorporated in the UAE (mainland or in a free zone) or in a foreign jurisdiction, are prohibited from advertising including the invitation to a public subscription without the approval of the SCA.  By way of practice, private joint stock companies are still entitled to issue securities to sophisticated investors and high net worth individuals (HNIs) by way of a private placement.  As a result, the above regulatory limitation restricts the ability of limited liability companies (LLC), the legal form adopted by most SMEs in the UAE, from raising funds from the public through CSEF.

A few UAE based startups and SMEs have sought to raise funds from Eureeca, a crowdfunding platform incorporated in Cayman Island catering to the MENA region – it appears that investors are offered beneficial shareholding in an offshore investment vehicle.  From a regulatory standpoint, while Eureeca is licensed by the UK Financial Conduct Authority (FCA), it is unclear whether it has obtained any approval from the SCA to offer shares of a company to the general public at large in the UAE.  Similarly, it is unclear whether Humming Crowd Realty, a real estate crowdfunding platform assisting project managers to raise funds by way of issue of shares to investors investing in real estate projects in the UAE, has any approval from the SCA.

In mature jurisdictions, CSEF is permitted through an exemption from requirements regarding public solicitation through a prospectus/offering memorandum.  In some jurisdictions such exemption is given only to offers made to sophisticated investors or HNIs, and in others, the investment amount is capped. Also, in jurisdictions such as the United Kingdom, Canada, New Zealand, equity based crowdfunding platforms are expressly regulated by the securities regulator and require a license to operate.

As with all forms of finance, CSEF poses certain risks to investors as summarized below:

In the UAE, the UAE Central Bank regulates financial activities surrounding the granting of loans –  financial institutions and intermediaries require an approval from the UAE Central Bank to operate. Also, under the UAE Penal Code, private individuals are prohibited from providing loans with interest based on Sharia laws which may pose a hurdle to a plain vanilla debt based crowdfunding platform.  That said, the presence of financial free zones in the UAE such as the DIFC and the ADGM may provide the flexibility for creative structures.  For instance, Dubai based Beehive, a DMCC company, is a peer to peer lending platform in the UAE where investors can contribute funds to businesses and earn interest – funds raised by the platform are managed by a third party fund administrator based in the DIFC and is therefore DFSA regulated. Beehive is also certified by the Shariyah Review Bureau (SRB) to be Sharia compliant. Likewise, Humming Crowd Realty also seems to incorporate debt based crowdfunding. We haven’t examined the legality of these structures for the purposes of this article due to insufficient publicly available information.

From a regulatory perspective, a peer-to-peer platform would have to maintain appropriate checks and procedures to vet borrowers and thwart money laundering. The risk for small lenders is high as the platform will act as a mere facilitator and may not conduct the full length of due diligence typically followed by experienced lenders. The possibility of such platforms using coercive recovery methods also exists.

Note that the DFSA has recently, on 31 January 2017, issued a consultation paper “Crowdfunding: SME Financing through Lending” proposing a regulatory framework to operate loan-based crowdfunding platforms in the DIFC and inviting relevant stakeholders to provide their comments on the issues outlined in the paper.  In brief, the DFSA proposes the following regulatory regime for loan-based crowdfunding platforms: (a) establishing a specific financial activity and license for operating such platform, (b) appropriate prudential and conduct of business requirements for such platforms, (c) ensuring the platform disseminates appropriate risk warnings and disclosures to lenders and borrowers, (d) suitable due diligence on the borrowers as well as checks on lenders, (e) development of a business cessation plan for platforms in the event that it ceases operations, and (f) rules in relation to transfer of rights and obligations between lenders.

As evident from the above, in view of the lack of an express legal framework governing crowdfunding in the UAE, any crowdfunding activity in the UAE would require specific legal scrutiny on a case to case basis to avoid any inadvertent breach of existing laws.  This would create a sense of legal uncertainty for existing crowdfunding platforms and those intending to explore this market as the risk of the regulator claiming illegality cannot be ruled out.

It would bode well for the UAE to draw inspiration from other jurisdictions’ regulatory frameworks and actively take steps towards consulting relevant stakeholders towards developing a supporting environment for crowdfunding to aid budding entrepreneurs in the UAE particularly given the importance of SMEs as a contributor to economic growth and diversification in this region which forms the forefront of the UAE government’s economic agenda.  The DFSA’s consultation paper on loan based crowdfunding is a step in the right direction, and it would be interesting to see some developments on regulation of equity crowdfunding platforms as well.

An important consideration for regulators is that overregulation would increase costs and paperwork likely rendering crowdfunding less accessible and attractive as a financing option. On the flip side, neglecting this nascent market could prove disruptive and harmful to inexperienced investors who do not understand the magnitude of risks involved. The ideal regulatory framework for investment crowdfunding would be to maintain the tightrope balance between enabling early stage funding to the right kinds of startups and SMEs and protecting the interests of investors.

Some of the preliminary suggested measures to consider for a law in connection with investment crowdfunding are:

The DFSA’s proposal towards putting together a framework to regulate loan-based crowdfunding is a good starting point which incorporates most of the points mentioned above.  The SCA and the FSRA, with its world-class infrastructure and mindset, could also consider testing the waters and creating an enabling environment for investment crowdfunding.  Such measures would go a long way in boosting the UAE’s status as an innovative financial center.