Ship Finance in the UAE

As a Civil law jurisdiction, UAE maritime law is derived from the UAE’s Maritime Code (or specifically Federal Law No. 26/1981). Still, the Commercial and Civil Codes govern all maritime financial transactions. The Federal Maritime Authority (FMA) is the Government body responsible for regulating and implementing daily shipping procedures and operating the national ship registry.

Since the UAE is constantly working on improving/ developing the Maritime sector as an essential pillar of the UAE industrial growth, the most important element in achieving this goal will be the ability of the UAE to attract top-level ship financing transactions into the market.

Although the UAE is already generally acknowledged as a world leader in Islamic Finance, foreign lenders may find the traditional security package for ship finance transactions difficult to implement in the jurisdiction. This is because various questions are currently being addressed, including the interpretation of the UAE’s verifications, which allow the FMA to issue a Navigation License once obtained. A Navigation License allows the vessel to freely operate within UAE national waters. In addition, there are clear Commercial and Civil Codes, the technicalities of registering a ship in the country and mortgaging that ship, which could have an impact.

Traditionally the first step for a lender in any ship finance transaction is to determine the borrower’s background. However, this can be more difficult in the UAE as there isn’t a public registry of companies, and technically there is no concept of a good standing certificate. As a result, a lender has to focus significant resources on their due diligence before proceeding with any transaction and will also need to receive active support from the prospective borrower.

The primary vehicle for securing a lender’s position is typically the vessel mortgage. However, Federal Law No. 26/1981, has little detail on how a mortgage agreement should be structured. As a result, there is much discretion in drafting a mortgage instrument. The drafter’s responsibility is to ensure each party’s rights are well documented to be enforceable. Federal Law No. 26/1981 does specify that a mortgage agreement must be in writing and signed before a notary public, which also means the mortgage has to be in Arabic or in a dual Arabic/English format. However, once a mortgage is finalized and executed, the FMA procedure for registering it is relatively straightforward.

In terms of other securities, including assignments, guarantees, security over bank accounts and share pledges, even leaving aside difficulties with due diligence, mortgage and registration, the real problems when it comes to UAE ship finance at present are the difficulties in establishing the usual security package.

The legal treatment of an assignment is still not entirely clear, and similarly, in the UAE, creating security over an (earning) account is a grey area. However, the UAE is addressing these issues. In addition, recent developments in commercial law have helped clarify the status of share pledges, so we hope issues over assignments and security over accounts will also soon be addressed.

We currently believe that only two Banks in the UAE provide Ship finance services, which does not reflect a strong and competitive market to attract investors to start considering having UAE-flagged vessels.

Ship finance is one of the major elements in the shipping industry. Therefore, the UAE government will need to re-address the financial regulation to provide regulated measures to encourage banks to start looking into the ship finance services.

It used to be considered unwise for a lender to commence an action in a foreign jurisdiction to enforce that foreign judgment or award in the UAE. However, there is presently some debate over which foreign judgements and awards are enforceable in the UAE. Although, since the Emirates ratified the New York Convention, foreign arbitration awards have been easier to enforce in the UAE, the position with regard to Court judgements is not as clear. The customary way of determining whether the enforcement of a foreign judgement would be possible was to evaluate the treaty (if any) between the UAE and the foreign jurisdiction. However, it was unlikely a UAE Court would accept a foreign judgement where matters involved a UAE national, UAE company, or a business transaction that took place within the UAE due to the national courts’ original jurisdiction.

However, a recent alternative has been provided by the DIFC Courts. These Courts have entered into a series of Memoranda of Understanding with foreign courts. Even in the absence of a specific treaty between the countries, foreign judgements can be recognized and enforced in the UAE through the DIFC Courts. Although this is not yet a well-tested option at the enforcement stage, in a recent judgement, it was held that the DIFC Courts could even be used as a conduit jurisdiction for the recognition of foreign judgements, which could then be enforced through certain UAE Courts.

Work is currently being undertaken on a new Maritime Code that will help clarify areas of uncertainty and provide a framework that will help contribute to the UAE’s development into the global maritime hub. It is expected this new Code will help address many of the above grey areas, including the structure of mortgages.

The UAE has already been successful in elevating its status as a major maritime hub, and it seems these changes will allow the sector here to reach the next level internationally. 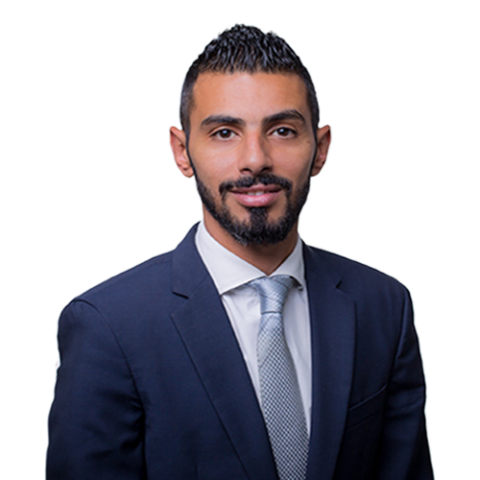