10-Point Guide to Antitrust and Competition Law in the UAE 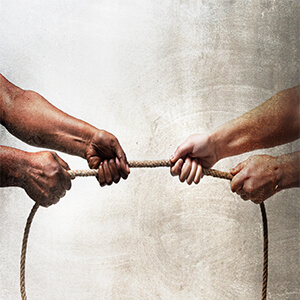 Until the issue of the Federal Law No. 4 of 2012 on the Regulation of Competition, the United Arab Emirates (UAE) lacked a composite law on competition, with elements of competition law strewn over various legislations. In 2013, the said law came into force, aiming to curb anti-competitive practices and regulate economic concentrations.

This article provides an overview of the law and regulations surrounding antitrust and competition in the UAE.

1. What are the laws and regulations governing antitrust and competition in the UAE?

As of the date of this article, the laws and regulations governing antitrust and competition in the UAE include the following:

The above law and regulations are collectively referred to as the “Competition Law”.

2. What does the Competition Law seek to regulate?

The focus of the Competition Law is primarily on the following:

3. Who is the Competition regulator in the UAE?

The UAE Competition Regulation Committee, established under the Competition Law, and functioning under the supervision of the Ministry of Economy is the relevant competition regulator in the UAE.  The committee has been recently established in 2018, and it remains to be seen to what extent it would regulate competition issues in the UAE as there have not been any formal decisions published yet.

4.What are the key areas the Competition Law seeks to regulate in the UAE?

To regulate competition in the economy, the Competition Law lays down measures in the following key areas:

5. Who are exempted under the Competition Law?

The Competition Law provides for the following exemptions and exceptions:

The Competition Law exempts activities or transactions initiated by:

The prohibition on restrictive agreements laid down by Article 5 of the Principal Competition Legislation will not apply to agreements classified as “weak-impact”. “Weak impact” agreements refer to those between entities that together control a market share of 10% or below of the total transactions in the relevant market.

SMEs are excluded from the Competition Law. Cabinet Resolution No. 22 of 2016 sets out the definition of an SME under UAE law. The resolution lays down financial thresholds for micro, small and medium enterprises, based on whether they form part of the trading, manufacturing or service sector. The financial thresholds (sector-wise) are as follows:

Exclusive distribution agreements that fall within the ambit of the Commercial Agencies Law (Federal Law No. 18 of 1981) have been exempt from the application of the Competition Law.

As per the Implementing Regulations, individual undertakings may also make an application seeking exemptions from the provisions regarding restrictive agreements and abuse of dominant position, by notifying the Competition Regulation Committee of the agreement or business practice in question, along with the prescribed supporting documents.

The committee may decide to exempt such applicant entity from the application of the relevant provision of the Competition Law, in the event the applicant can demonstrate that such agreement/business practice is in the interest of the economy and the end-customers.

Based on the recommendation of the committee, the Minister of Economy is required to issue his decision on the exception within 90 days of notifying the applicants concerned of the receipt of the complete application. Such period may be extended for 45 additional days. If no decision is issued within this period, the application is deemed approved.

6. What are the procedural requirements in connection with a merger control filing?

The entities concerned must apply to the Minister of Economy (the “Minister”) at least 30 days from the date of concluding the draft agreement regarding the merger, acquisition, or asset transfer (the “Economic Concentration”).  Such application must be accompanied by certain prescribed documents including the draft agreement concerning the Economic Concentration, the financial statements of each of the entities for the last two fiscal years, and a report on the positive effects of the transaction on the relevant market as well as solutions to limit the adverse effects of the transaction.

7. What are timelines for a decision after the merger control filing with the Minister of Economy?

The Minister is required to issue a decision on the merger control filing within 90 days from the date of receipt of the complete application.  This period may be extended for 45 additional days.  If no decision is issued within this period, the application is deemed approved.

The Competition Regulation Committee will take into account various factors including the competition level in the relevant market, how easy it is for new entities to enter the relevant  market, the potential impact on the prices of relevant commodities, the extent of the barriers to entry in the relevant market, the contribution in the promotion of investment or expert or the local entities’ ability to compete internationally, and the  potential impacts on innovation and consumer interests.

8. What is the procedure for filing a complaint with the Ministry of Economy regarding any violations of the Competition Law?

Any relevant person may file a complaint with the Competition Regulation Committee regarding any violation of the Competition Law with the details of the defaulting party, sections of the law which were violated, and the facts of the matter. Upon acceptance of the complaint, the committee is required to notify the defaulting parties and other interested parties within 10 days.  All parties are to be given an opportunity to defend themselves. The committee is then required to submit the report to the Minister within 10 days of the date of its completion.  Subsequently, the Minister is required to notify all parties of the decision within 30 days of the submission of the committee’s report.

9. Are there any appeal provisions in connection with any decision rendered by the Minister of Economy under the Competition Law?

10. What are the decisions taken by the Ministry of Economy or the Competition Regulation Committee until now?

If you would like further information or have any questions regarding this law, please contact info@fichtelegal.com or call +971 4 435 7577