Don’t Throw the Baby Out with the Ballast Water 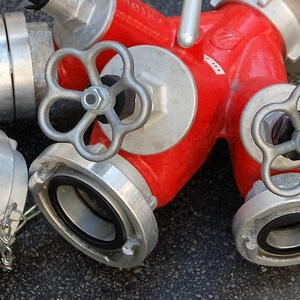 Shipowners prepare! Ballast water management won’t be business as usual: The free ride will soon be over for invasive aquatic organisms and non-compliant shipowners alike. Ratification of the IMO’s Ballast Water Management Convention, 2004 (“the Convention”) is imminent -and it means business. It is estimated that, once in force, 57,000 merchant ships will be required to install ballast water treatment equipment giving rise to a $45.6 billion industry over the next five years.

Environmental concerns about discharged ballast water are not a new phenomenon. The IMO, for instance, has steadily advocated the plight over the last three decades. Aquatic organisms, often in larval stages, are received onboard vessels in ballast water. The sturdiest organisms survive the journey to a discharge port, disembarking with the ballast water. These new arrivals occasionally thrive in their new environment, sometimes wreaking havoc on sensitive aquatic and terrestrial ecosystems, even harming local inhabitants. The 1991 Peruvian cholera epidemic, which caused the death of over 10,000 people, and the Zebra Mussel invasion of the Great Lakes stand as lessons hard learnt.

The Convention will apply to all ships over 400gtwhich are flagged with PartyStates, or are operating under their authority, or trading in their waters, with selected exceptions. Vessels will be required to obtain an International Ballast Water Management Certificate (“BWM Certificate”) from such Party State, following a survey of specialist equipment onboard intended to treat the ballast water.

Obtaining a BWM Certificate is, however, not the end of this compliance story. Port State Controllers (“PSC”) of Party States are empowered to, as a first step; inspect a vessel’s BWM Certificate, its requisite Ballast Water Record Book and take preliminary samples of the ballast water onboard. Samples are tested against the Convention’s renowned Regulation D-2quality standards. Non-compliance may lead to a barrage of sanctions, largely at the Party State’s discretion.

Aspects of the Convention have been met with concern. From the outset, the IMO does not guarantee that installation of its approved equipment will always ensure compliance with Regulation D-2 standards. Installation of such equipment may also not ensure compliance with other applicable regulations, for instance, those of the United States Coast Guard. Concerns have also been raised about the competencies of testing by PSCs, harmonization of possible sanctions and the allocation of potential liabilities. Shipyards have further warned of serious bottlenecks for fitments with many already booked for the foreseeable future.
Over a decade has passed since the Convention was adopted and the IMO is now resolute on steaming ahead to full ratification. This month, at the IMO’s Marine Environment Protection Agency’s 68th session, Secretary-General Koji Sekimizu expressed his frustration at the slow uptake to date. He called for swift ratification of the Convention whilst addressing certain concerns by proposing pragmatic and sensible compliance schedules.

The Convention requires ratification by a further 2.04% of represented global merchant tonnage and will come into force one year thereafter with a stagnated compliance schedule. Owners are advised to budget between $1 million and $5 million per vessel for equipment and fitting.