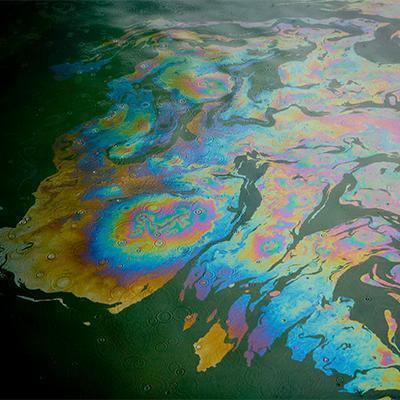 UAE Federal Law No. 166/2020, issued on 10th November 2020, has approved the joining of the International Convention on Civil Liability for Bunker Oil Pollution Damage 2001 (the “Convention”).

In this article, we aim to highlight the most important features of the Convention.

This Convention shall apply to any state which ratifies, accepts, approves, or accedes to it (State Party) after the Convention came into force or three months after the date of deposit by such state of the appropriate instrument of ratification, acceptance, approval or accession.

In general, the Convention governs:

Loss or Damage Caused by Contamination

The Convention will apply in circumstances where loss or damage is caused by contamination resulting from, the escape or discharge of bunker oil from a vessel (whether on board or originating from the vessel) in the territory, including the territorial sea, of a State Party and in the exclusive economic zone of the State Party.

Whereas ‘bunker oil’ is defined in the Convention as: “any hydrocarbon mineral oil, including lubricating oil, used or intended to be used for the operation or propulsion of the ship, and any residues of such oil”.

The Convention does not apply to:

The Convention applies to preventative measures, being any action that is taken by the relevant party to prevent and/or minimize such damage.

Compensation Payable by the Shipowner/s

The Indemnity under the Convention extends to:

Article 3 of the Convention provides for possible defences for shipowners to avoid liability for bunker oil pollution. According to paragraph 3, the shipowner should prove:

Moreover, the shipowner responsible for the damage and loss caused by the bunker oil pollution and the person or persons providing insurance or other financial security has the right to limit their liability under any applicable national or international regime, such as the Convention on Limitation of Liability for Maritime Claims of 1976, as amended thereafter.

Any ship of a gross tonnage greater than 1000 registered in a State Party shall be required to maintain insurance or other financial security and shall not be permitted to navigate without such.

Examples of suitable financial security include a bank guarantee or similar financial institution, which covers the liability of the registered owner for bunker oil pollution.

The amount of the guarantee should be equal to the limits of liability under the applicable national or international limitation regime, which shall not exceed an amount calculated in accordance with the Convention on Limitation of Liability for Maritime Claims, 1976, as amended.

The conditions of issue and validity of the certificate shall be determined by the state of the ship’s registry. State Party may rely on information obtained from other States or the Organization or other international organisations concerning the financial standing of providers of insurance or financial security for the purposes of issuing the certificate. The issuing State Party shall not be relieved of its responsibility under the Convention even if it relies on such information.

The party claiming compensation for pollution damage under this convention may directly file the legal proceedings against the insurer or other person providing financial security for the shipowner. The defendant may invoke the following defences:

A State Party is required to have in place and in force the required legislation, necessitating insurance cover or other financial security, of the ships that are subject to this Convention, wherever registered, entering or leaving a port in its territory, or arriving at or leaving an offshore facility in its territorial sea.

The Convention aims to harmonize the international rules and procedures for determining questions of liability and providing adequate compensation in the event of leakages of bunker oil from ships. Therefore, the UAE’s approval of joining the Convention is seen as a step in the right direction bringing it in-line with international best practice. In particular, it ensures adequate compensation for damage or loss resulting from contamination and obliges UAE shipowners to obtain appropriate insurance or financial securities to cover such damage or loss.