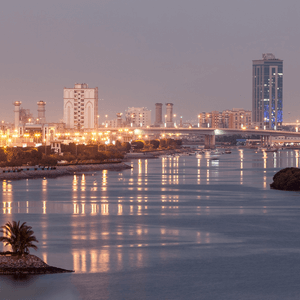 The RAKICC was formed pursuant to Decree 12/2015 and Decree 4/2016, by way of the merger of two existing offshore registries in Ras Al Khaimah:

As such, existing and new IBCs will now be governed by the newly introduced RAKICC regulations of 2016.

IBCs incorporated in either the RAKIA or the RAKFTZ must re-register with the RAKICC through their registered agents by submitting:

The deadline to carry out the above actions is December 31 2017. Companies are advised to re-register during licence renewal within the transitional period. After this deadline, companies not re-registered with the RAKICC will cease to be registered with the RAKIA and the RAKFTZ (as the case may be) and will be automatically re-registered as RAKICC companies, subject to the submission of the requisite documents. Thereafter, the RAKICC will render requested services only to those companies which have duly completed the re-registration process.

Apart from the incorporation of a company limited by shares as in the former regime, the RAKICC now offers the possibility of new types of business vehicle, some of which are borrowed from other offshore jurisdictions, as described below:

The new regulations provide for flexibility in relation to the transfer of shares by allowing companies the discretion to exclude or modify pre-emptive rights in their memorandum and articles of association.

The RAKICC regulations introduce the concept of the re-domiciliation of foreign companies into the RAKICC. As such, a foreign company can migrate and continue as a RAKICC company, provided that the laws of the jurisdiction in which it is registered allow it to continue in another jurisdiction. On compliance with the requirements stated in the RAKICC regulations, the registrar will issue a certificate of continuation and the company will be considered incorporated in the RAKICC under the name designated in its memorandum of agreement on the date specified in the certificate of continuation.

This solution permits a company to transfer its domicile to the United Arab Emirates easily, to take advantage of the tax neutral environment while maintaining the same legal identity, its history and without affecting its assets, obligations and liabilities.

With the aim to incorporate international best practices and operate at world class standards from a regulatory and a customer service perspective, the RAKICC has launched a new user-friendly website and recently announced the introduction a new online portal through which all applications and requests can be made. This is an important technology upgrade which has been welcomed by registered agents.

Further, and as most agents are based in Dubai, the RAKICC is offering an office in Boulevard Business Centre, Dubai, where it is possible to submit and collect documents and make relevant payments, although documents will continue to be processed only at its headquarter in Ras Al Khaimah.

The new RAKICC scheme represents a development in the attractiveness of United Arab Emirates as an offshore jurisdiction by introducing innovations in line with global standards and in response to the specific needs of the businesses in the region. While the existing key advantages of incorporating an offshore company in the United Arab Emirates remain, the system is now more flexible and simplified in terms of bureaucracy.

Registered agents in collaboration with the new RAKICC team must seek to ensure a smooth transition to the new regime during the interim period. Time will show if the new concepts borrowed from other jurisdictions will achieve similar popularity and achieve the goals expected in this region, which strategically focuses on foreign investments as one of the key drivers of the country’s growth.

This article was originally edited by, and first published on, www.internationallawoffice.com and can be found here.