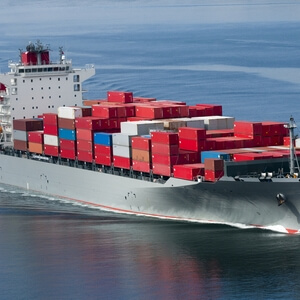 Khorfakkan Federal Appeal Court’s ruling supports local bunker suppliers’ position and rejects ING’s claims: By way of background, subsequent to the liquidation of OW Bunker Middle East DMCC (“OWBME”), Shipowners found themselves in the unenviable position that they were subject to double demand for payment by way of demands from both physical suppliers (“PS”) and the OWBME liquidators.  Additionally, the parties were informed that ING Bank N.V. (“ING”) claimed priority-creditor status over OWBME receivables (which included payments for bunkers supplied by the PS on order of OWBME) by virtue of an Omnibus Security Agreement (“OSA”) entered into by ING and, amongst others, OWBME.  The OSA being subject to English law, ING along with many liquidators of different OW Bunker’s subsidiaries around the world, maintained the validity of its claim on receivables as assignee.

However, by a recent landmark decision (wherein Fichte & Co represented the PS) the Khorfakkan Federal Appeal Court (“the KFAC”) has ruled in favour of the PS thereby rejecting both the Shipowner’s and the Charterer’s contention that the PS had no valid claim in the absence of a contract between the PS and either the Shipowner or the Charterer and ruling that the Bunker Delivery Note (“BDN”) in the circumstances was sufficient to prove the contractual relationship between the PS and the Shipowner/Charterer. The KFAC also rejected ING’s claim on the receivables on the basis that ING was unable to prove OWB’s original claim on the receivables.

In the case, the Charterers of the MT S. (the “Vessel”) had purchased bunkers worth around USD 1.5 Million to be supplied to the Vessel.  In turn, OWBME approached the PS to supply said bunkers who duly accepted and supplied the bunkers to the Vessel against receipt of a BDN signed by the Vessel’s chief engineer.

Due to the resulting non-payment of the PS caused by OWBME’s liquidation, the PS arrested the Vessel in February 2015 and commenced proceedings before the Khorfakkan Court to recover its outstanding payment.   The Vessel was subsequently released once the Shipowner deposited the claimed amount with the Court.

Proceedings in the First Instance

The arrest of the Vessel was based on Article 115 (i) of the UAE Commercial Maritime Law (“CML”) which allows the sequestration of vessels for the supply of products or equipment necessary for the use or maintenance of the vessel. The Shipowner and the Charterer of the Vessel argued that they bore no responsibility for the payment of the bunker supply as they had no contractual relationship with the PS. On that basis they requested the Court of First Instance (“CFI”) to reject the arrest. Whilst OWBME conceded that it was the contracting party, they averred that they could not be held responsible for the payment due to the ongoing liquidation proceedings.

The CFI ruled against OWBME dismissing their argument on the basis that the UAE Company Law places the liquidator of a company in the company’s shoes and therefore holds the liquidator responsible to settle any debts of such a company. The CFI further agreed with both the Shipowner’s and Charterer’s argument that there was no contractual relationship between either of them and the PS in light of which they submitted that the arrest of the Vessel by the PS was invalid/unlawful.   The CFI went on to reject ING’s claim as it found that ING had failed to prove to the Court’s satisfaction that the debt was, in fact, due to OWBME in order to prove ING’s assigned rights under the OSA.

Both the PS and ING appealed the judgment. The PS argued that the Judgment was in direct contradiction to the provisions of the CML, which expressly grant suppliers a right to arrest, irrespective of any contractual relationship. ING appealed on two grounds firstly, on the basis of the OSA, and secondly, that the contract for the bunkers was between the Charterers and OWBME. ING argued that OWBME purchased the bunkers from the PS and sold them to the Charterer by way of a separate agreement.  They maintained that the BDN was not a contract per se therefore it should be disregarded as it was merely a receipt for delivery.

On 9 November 2015 the KFCA ruled in favour of the PS. In so doing the KFCA found, as a matter of law, that the PS had a right to arrest the vessel by virtue of Article 115 (i) of the CML and the BDN. The KFCA also went on to uphold the CFI’s ruling in relation to ING’s claim thus their appeal was accordingly dismissed.

Impact of the Judgment

As well as confirming the lawfulness of arrest by virtue of the BDN the KFCA’s decision is a powerful indication that the UAE Courts do not recognize ING’s claim under the OSA against OWBME’s receivables. The Judgment certainly appears to strengthen the position of physical suppliers of bunkers in the UAE as regards lawful arrest in these circumstances.

Whilst the landmark decision may offer some direction to Shipowners, who are faced with the difficulty of whom to pay in the wake of the OWBME liquidation, it should be noted that in the UAE Civil Law system, although persuasive, the judgment of a Court of Appeal is not binding in a strict sense.