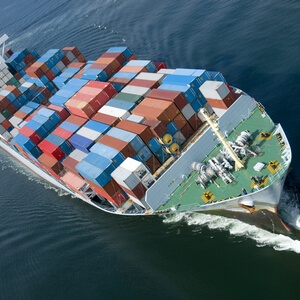 Many of you have been inquiring about the status of the O W Bunker DMCC (“OWB”) liquidation and we are now in a position to provide you with a significant update. It is anticipated that a Co-operation Agreement (“CA”) will be signed between OW Bunkers and ING bank shortly in an attempt to start cash collections. However, there is some confusion as to whether the CA will be effective while the physical suppliers’ demands remain.

By way of recap, shipowners were subject to double-payment demands from both physical suppliers and OWB liquidators. ING bank also waded into the mix and claimed priority-creditor status over OWB receivables (which included payments for bunkers supplied by physical suppliers on order of OWB) by virtue of a Security Agreement (“SA”) entered into by ING bank and OWB, subject to English law. The creditors were not aware that the SA had been concluded at any point of the dealings with OWB and they question the SA’s validity/enforceability in the UAE. Additionally, should the foreign SA apply, little recovery would likely be made by any creditor other than ING bank. Therefore, a fierce conflict arose between the creditors, liquidators and ING bank (as purported priority creditor) which has led to a deadlock in negotiations as to how to settle the competing claims. Currently, we understand that little or no cash has been collected by the liquidators.

During this period, ING bank have commenced legal proceedings against OWB in the UK, seeking declaratory relief from the UK Court to compel OWB to start collecting on their behalf. OWB does not have sufficient funds to mount a robust defence and it is anticipated that ING bank will seek to enforce any judgment awarded in their favour, in the UAE. Furthermore, any resistance to ING’s action, if any, is likely to occur in the UAE, subject to funding by those interested in protecting the integrity and security of the UAE bunkering industry.

In recent months, the liquidators (a combination of PwC and KPMG individuals) and ING bank have negotiated the CA in an attempt to break the deadlock and to start collecting cash (which so far the liquidators have failed to do because the double-payment demand has not ceased upon the shipowner). The CA involves placing any recovered cash into an ING security account in a foreign jurisdiction which will be protected from distribution pending a decision about its lawful destination. Its destination would be determined by agreement between the parties or by way of court order subsequent to a SA challenge by OWB.

However, the CA has left the vast majority of the creditors who are physical suppliers disappointed. They perceive the CA as a relinquishment of protection and control that the UAE jurisdiction may afford. They feel that because the underlying transaction was executed in the UAE, the liquidation is subject to UAE law and that the parties are in UAE, any such solution or agreement should be rooted in the UAE too. Furthermore, they have not been consulted about inclusion in an agreement, despite being central to the transaction. Such an unfolding of events would symbolize a weakening of the physical supplier’s position and progress for ING bank. If the cash is collected from shipowners, ING bank would arguably be in a much better position to collect than it would be prior to the signing of the CA. Perhaps also it represents progress for the liquidators themselves, who would finally have some certainty about how to distribute any cash collected.

However, the ‘if’ (and it is a huge ‘if’), is whether the CA will actually achieve its desired effect, namely, to recover cash outstanding and owing from the shipowners. It remains unclear whether the CA will fail to achieve this objective simply because the physical supplier has not been engaged by the liquidators or ING in this agreement. Therefore, the physical suppliers’ claim for payment under the Bunker Delivery Note remains, and consequently the shipowner will be in no clearer position as to which party to pay than he was before. The physical supplier will probably continue to assert his claim and still threaten arrest failing payment. It raises significant questions, therefore, about the effectiveness of the CA. Interestingly, in parallel, some cases brought against shipowners by the physical supplier are pending judgment before the UAE courts, to which all parties, including ING bank, are joined. The outcome of these cases, although subject to appeal, will be the first indicative step in determining the UAE Court’s approach to ING’s claim over OWB’s receivables. With this in mind, we suggest that shipowners ‘watch this space’ rather than give too much weight to the CA pending the UAE Court judgment which will provide a strong indication of how the UAE Court views ING’s claim and will help determine who shipowners should pay.

Please feel free to contact us if you have been affected by the OW Bunker collapse.