The interpretation of “otherwise” in a Jurisdiction Clause

The claims were brought by the claimant under a suite of seventeen “Multi-Risks” insurance policies underwritten by the Defendants, pertaining to the claims for indemnities for business interruption losses, arising from Covid-19 pandemic, with a combined value of around USD 40m.

The principal issue was pertaining to the ambiguity of the wording of the jurisdiction clause identified in the policies. The mentioned clause in question reads as follows:

In accordance with the jurisdiction, local laws and practices of the country in which the policy is issued. Otherwise England and Wales UK Jurisdiction shall be applied,

Under liability jurisdiction will be extended to worldwide excluding USA and Canada.”

ARGUMENTS AND COUNTERARGUMENTS OF THE PARTIES

Defendants based their challenge on the following arguments, to which the claimant’s approach was as follows:

Claimant: Claimant disputed the interpretation of the wording set forth by the defendants stating that the first part of the sentence does not say “subject to” or anything equivalent.

Claimant: “Otherwise” in the second part of the clause should be read as equivalent to “alternatively”.

Claimants approach: The correct construction of the clause is that the parties may bring proceedings in the courts of the country where the Policy was issued or, otherwise, in the courts of England and Wales.

Defendant: Defendant argued that the jurisdiction clause is a non-exclusive one and jurisdiction should be declined on forum non conveniens grounds, listing a number of factors tying the claims to the local courts.

Court accepted the approach set forth by the claimant, ruling that it is neither permissible nor sensible to read first and second parts of the jurisdiction clause as together providing for the English courts to have non-exclusive jurisdiction. While court accepted that the clause to some extent is oddly worded, however, court considered that the clause provides for non-exclusive jurisdiction – a true alternative, which best harmonises the wording and the commerciality’s of the clause in the context of the wider factual matrix.

The court reasoning was as follows:

The judge also rejected the defendants arguments on forum non conveniens and established that where there is a jurisdiction agreement in favour of the English Court, whether exclusive or non-exclusive, the English Court should give effect to it, and exercise its jurisdiction in relation to disputes falling within the scope of the agreement, unless there is  “strong cause” or “strong reasons” not to do so, which was absent in the current case. Moreover, it was established that non-exclusive jurisdiction grants opportunity for the parties to bring action in both forums, before local and English courts, whereby English court is equally a convenient forum to adjudicate the dispute.

Furthermore, based on the recent ruling of DIFC court, where parties agree to refer the disputes to UAE or local courts, the same shall include the right to refer equally to DIFC court, without any link required with DIFC [Al Buhaira National Insurance Company v Horizon Energy LLC, DIFC CFI 098/2021].

Having said the above, it is worth also noting that UAE laws do not provide any provisions related to the doctrine of lis pendens. Rather UAE courts have been granted with wide jurisdiction to hear matters even involving foreign entities having no domicile in the state if one of the defendants have a domicile in UAE. (i.e., First Respondent) and are free to hear the matters falling under their jurisdiction. Accordingly, in appropriate forum, UAE onshore courts will hear matters already being heard by another forum between the same parties. This is pointed out as the case on merits pertaining to the Business Interruption claim is still pending for adjudication and the current judgment issued by the English court relates only to the jurisdiction dispute. The parties may assess the merits for  initiating parallel proceedings before the courts of UAE , however there may be a risk with regards to conflicting judgments creating difficulty in enforcement across jurisdictions. Accordingly, with reservation to the reasonableness of the same, the claimant still has an option to initiate parallel proceedings in UAE, whereby UAE courts will accept jurisdiction to hear the case. It shall be pointed out that unlike UAE onshore courts, DIFC courts recognise the doctrine of lis pendens and may not hear the dispute between the same parties already before another forum.

As to the prospects of enforceability of the final judgement in the UAE, by a very recent letter issued by the Ministry of Justice addressed to His Excellency Tarish Eid Al-Mansoori, Director General of the Dubai Courts whereby Dubai Court was called upon to enforce judgements of the English Courts based on the principle of reciprocity. While the Treaty between the United Kingdom of Great Britain and Northern Ireland and the United Arab Emirates on Judicial Assistance in Civil and Commercial Matters does not provide any provision related to the reciprocal enforcement of judgements and considering the provisions of Article 85 of Cabinet Resolution No. 57 of 2018 concerning the Executive Regulations of Federal Law No. 11 of 1992, whereby judgments and orders delivered by a foreign country may be ordered to be executed in UAE under the same conditions as prescribed in the law of that country for the execution of judgments and orders, the letter states that hereinafter Dubai Courts shall take relevant legal actions in accordance with the laws in force in both countries to promote the principle of reciprocity that was first implemented by the English courts.

This development is another assurance for the creditors on the enforceability of the judgement issued by English courts in UAE. It is worth noting that the letter is addressed only to the Courts of Dubai, and it yet to be seen whether the Courts of the other Emirates will follow the same approach.

Considering the above, in case claimants succeed in their claim before the English Court, the judgement most likely will be enforceable by the UAE Courts, provided that other conditions as stated in Article 85 (2) of the Cabinet Resolution No. 57 of 2018 are satisfied. The same Article provides, amongst others,  that no execution may be ordered except after verifying that the courts of UAE do not have an exclusive jurisdiction over the dispute on which the judgment or order was issued and that the foreign courts that issued it have the jurisdiction over the same in accordance with the rules of international jurisdiction stipulated by its law. However, we must note that while the exclusive jurisdiction issue was contested before the English court whereby defendants argued that such jurisdiction rests exclusively with UAE Courts, however there seems to be no solid grounds to prove that the jurisdiction of UAE is exclusive rather than alternative, as also ruled by English Court.

However, it is pertinent to state that interpretation of laws in the UAE strictly rests with the Court and the concept of stare decisis is not followed in the UAE i.e., each and every matter is dealt on its own merits and the previous judgements only form a medium of guidance unlike in other common law jurisdictions.

The judgment in the instant case is a reminder to both the draftsmen of insurance policies and policyholders as to how a vaguely worded clause can give a lot of room for interpretation to the courts and how such interpretations can be commercially and strategically devasting for either of the parties. It is evident as to how nuances of the terminologies used can lead to very different outcomes and therefore, the same has to be an essential consideration while negotiating insurance contracts.

Meanwhile, we deem relevant to point out that our firm has been instructed by UAE insurers to assist before UAE Courts in matters pertaining to business interruption claim arising from Covid-19 pandemic and we are pleased to mention that UAE courts have issued a very well-reasoned judgement identifying the issues therein and interpretating the applicability of policy terms, which demonstrates that UAE courts are fully competent to adjudicate similar complex and sophisticated matters. 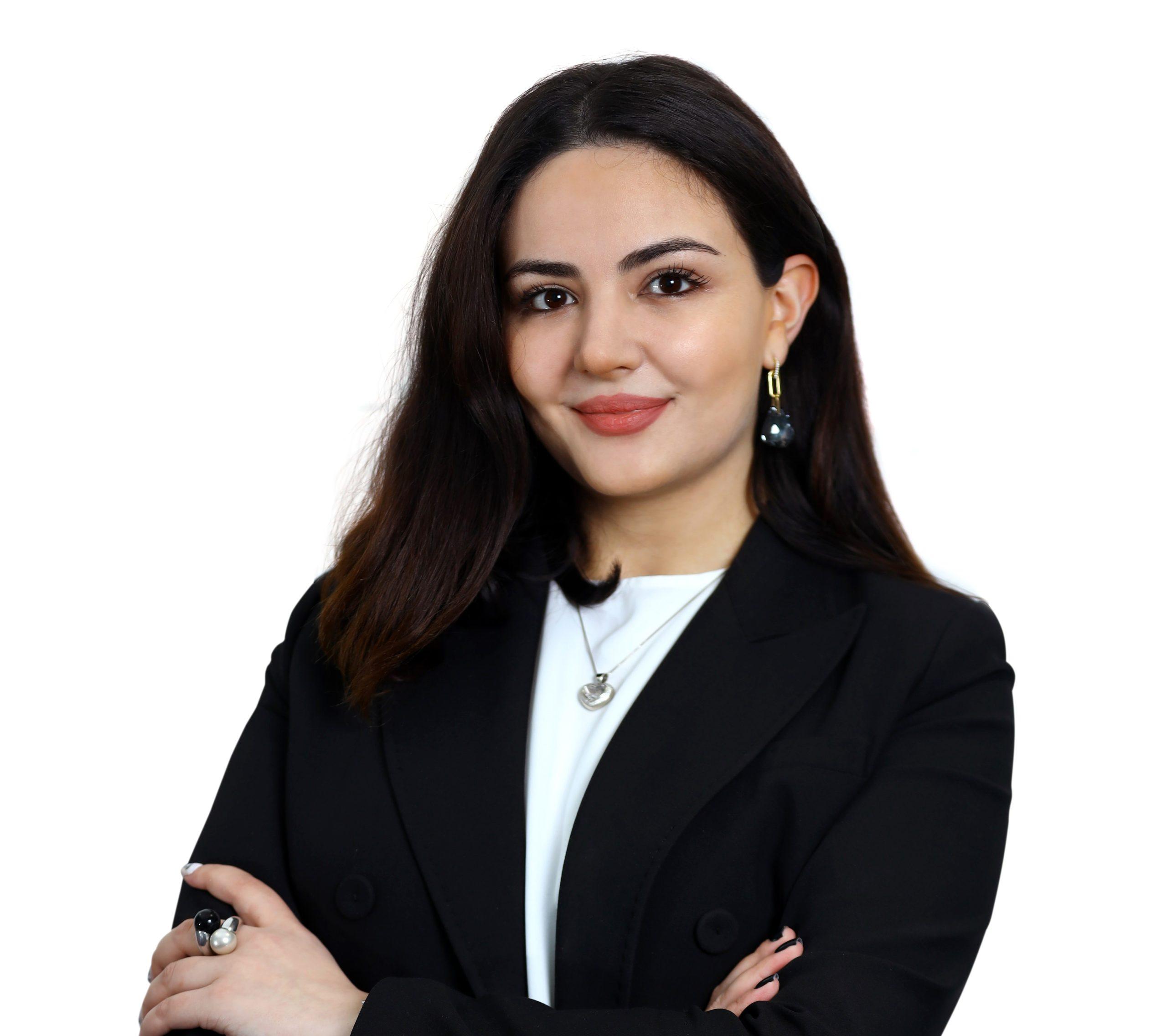