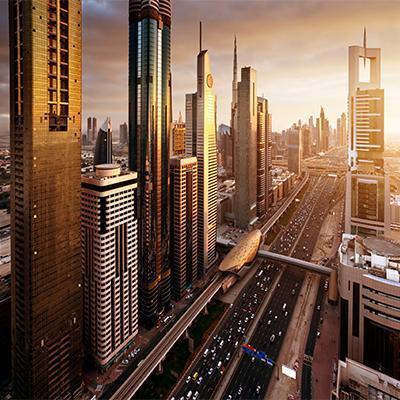 On November 23 2020, the UAE President, Sheikh Khalifa Bin Zayed Al Nahyan, issued a Decree amending 51 articles and introducing certain new provisions in Federal Law no. 2 of 2015 (Commercial Companies Law). This update aims at analyzing the primary impact of the Decree in the jurisdiction and its relevance for the corporate restructuring process that will inherently follow this development.

The main purpose of this Decree is to revamp the foreign ownership rules in mainland companies in UAE and to restructure the foreign direct investment climate in the country.

Probably the most awaited update came regarding Art. 10 of the Commercial Companies law, the one previously imposing the 51% share capital ownership for UAE nationals. With the Decree, the article will be repealed, by allowing 100% foreign ownership on the share capital in mainland companies. Consequently, what we know from practice as the 51-49 rule, will not be applicable anymore.

2. Can all companies benefit from this change?

It is however expected that the exact list of beneficiaries to be clarified in the upcoming period. It is however forecasted that all major industry sectors will benefit from the new amendments.

3. What about the branches of foreign companies?

Whereas it is known that in the current regime, the branches of foreign companies need to have a UAE service agent, this requirement will not be applicable anymore. Consequently, foreign companies may set up branches in UAE freely, by this eliminating a marginal cost for them and opening the climate for enhanced investments.

4. Are there any changes in respect to the directors and management?

The changes are significant in relation to the directorship and allow additional regulatory safeguards for the shareholders and investors. In brief, these can be summarized as follows:

5. What kind of governmental controls will exist from now on?

At the outset, most of the compliance requirements that pre-existed this Decree will be maintained: the companies will still be under the scrutiny of their commercial registers (Departments of Economic Development, for instance) and of the sectoral regulatory bodies.

However, specifically for the developments at issue, the governmental authorities will retain the power to determine the level of participation of the UAE nationals in foreign-owned companies. It is expected that these will be determined by the authorities of each Emirate or business sector.

6. What is the relationship of this Decree with the Foreign Investments Law?

Whereas Federal Law No. 19 of 2018 on Foreign Direct Investments and its Positive List of 2020 have been much awaited by the business community, these stand now as repealed by the Decree. Consequently, the Decree has introduced a more flexible and attainable legal structure by liberalizing the foreign ownership in a higher extent than the Foreign Direct Investments Law did.

As such, from now on the general rule in UAE will be that foreigners are allowed to hold 100% of the share capital of their companies onshore (whereas the Foreign Direct Investments Law was allowing it only in specified sectors and against capital contributions).

7. When are these changes applicable?

The developments introduced by the Decree will become applicable as early as December 1 2020. However, the changes related to foreign ownership, national agents for branches, and board of directors will take effect within six months after the publication of the Decree in the Official Gazette.

The Decree provides a grace period of one year for the companies to amend their constitutional documents and align with these new changes.

8. What is the impact of this Decree?

From a legal perspective, it represents a new compliance requirement and a hedge that the business community has long awaited. In the upcoming year, the corporate legal market will be in an upward trend since a vast number of entities will enter restructuring processes and amendments of their constitutional documents. At the same time, we are forecasting an influx of inward foreign investments given that the UAE provides, aside from the new ownership rules, multiple other incentives for foreign investors.

Whereas several aspects in this Decree will need to be clarified, we will issue regular updates, in line with the new developments and guidance issued by the governmental authorities.