An Overview of the Appeal Process in Dubai Court 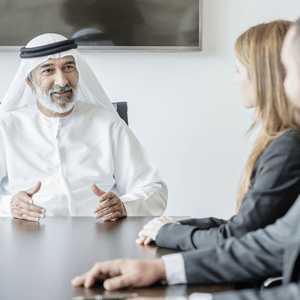 Dubai Court was founded in the year 1970 and has come to be known as prompt and equitable in the implementation of justice.

Dubai Court is an integrated unit consisting of:

This article will outline the procedural framework at the two appellate levels.

Each level of the Court consists of separate circuits determined by the nature of law applicable  i.e. Civil, Sharia or Criminal law. Each court has judicial circuits that are further specialized, as per their distinct subject matter and expertise of judges. These are the Civil Court, Commercial Court, Criminal Court, Labor Court, Real Estate Court, and Personal Status Courts. The litigant must be aware of the category his claim falls in, to determine the judicial circuit that will hear his case.

The Court of Appeal

When an aggrieved party finds the ruling of the Court of First Instance to be not satisfactory, an appeal may be filed before the Court of Appeal.

Judges: This Court, in all its circuits, is formed by three judges and is presided by one of them.

Jurisdiction: The verdicts that may be challenged before the Court of Appeal may be of criminal, civil, commercial, administrative or personal law jurisdiction; and may involve cases concerning personal status, contract violations, real-estate or labor. Both minor or major cases may be brought before this court.

Fact and Law: Appeals brought to the Court or Appeal can relate to issues of fact and points of law. When facts are in dispute, the Court of Appeal will consider the dispute afresh, and the parties are allowed to file further submissions and evidence.

Applicable Law: Typically, it is UAE law, i.e. statutes, decrees and include the pronouncements of the Ruler of Dubai in situations where UAE law is silent on a particular issue.

Value of Claims/Pecuniary Jurisdiction: AED 20,000 is the minimum value of a civil suit for the jurisdiction of the court to be automatically triggered. In cases where the value is less than AED 20,000, permission of the Court must be sought before the appeal is filed.

Time Limit: The aggrieved party must appeal the decision of the Court of First Instance before the Court of Appeal within 30 days. This may be extended by the courts in some circumstances. Failure to observe the time limit for filing on an appeal will result in the extinguishment of the right of appeal.

Procedure: First, all the relevant documents must be submitted to the Court of Appeal by both the parties, including pleadings, memoranda and evidence. Then, the parties are invited to comment on the submissions. Counter appeals are accepted as well, on the condition that they are filed before the date of the first hearing in the appeal. After this, the Court of Appeal reserves the matter for judgment.

The Court of Cassation

Judgments delivered by the Court of Appeal may be challenged before the Court of Cassation, the final appellate court and highest body in the Dubai judicial system. All decisions of this court are final and binding and cannot be subjected to further appeal.

Judges: Each circuit of the Court of Cassation is formed by a Chief Justice and four other judges.

Value of Claims: For civil cases, the minimum value of the matter to automatically trigger the jurisdiction of the Court of Cassation is AED 200,000. For cases of value less than this amount, permission must first be sought from the Court. There is no such minimum value or fees for criminal appeals, but they can be filed by the aggrieved party alone.

Time Limit: An appeal before the Court of Cassation must be filed within 60 days from the day following the issuance of judgment by the Court of Appeal unless otherwise provided by the applicable law, and 10 days in urgent matters. The time limit may be extended by the courts in some circumstances. 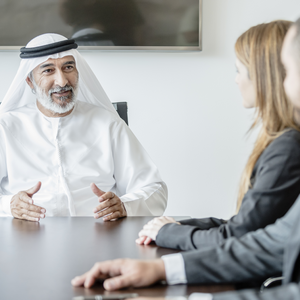 For help or assistance with your appeal process in Dubai Court, please email the author, Moaz Forawi info@fichtelegal.com