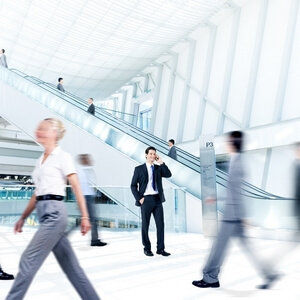 The issue concerning legal capacity has caused much consternation in the UAE due to the fact that UAE legislation requires a special authorization for arbitration and thus losing the right to litigate disputes in the UAE courts.   Therefore, it is fairly commonplace in the UAE to see a challenge to jurisdiction based on an alleged lack of authority, of the signatory, to bind the company to arbitration.

In a recent case in the DIFC Courts [Ginette Pjsc v (1) Geary Middle East FZE (2) Geary Limited [2016] DIFC CA-005] the DIFC Court of Appeal had the opportunity to grapple with the application of both DIFC Law and UAE law in relation to the issue of Legal Capacity.  The case concerned an application to set aside a DIFC-LCIA arbitral award.  In its application to set aside the arbitral award, the award debtor raised UAE procedural and substantive law in order to support its argument regarding legal capacity.

The DIFC Court of First Instance (“CFI”) held that DIFC law governed the Arbitration Agreement, however, the Judge considered the issue of legal capacity under UAE law, in any event, and found that under both DIFC law and UAE law that the Arbitral Agreement was valid.  The judge found that even if the signatory lacked actual authority, the arbitration agreement was binding upon the appellant under the principles of apparent authority under DIFC law and that these principles would also apply under UAE law.

On appeal by the award debtor to the DIFC Court of Appeal (“CoA”) the CoA dismissed the appeal after a consideration of both DIFC and UAE law, taking the view that consideration of Legal Capacity is a factual rather than a legal consideration.

The dispute between the parties was in regards to a Settlement Agreement dated 21 May 2009 which included an arbitration clause that any dispute be finally resolved by arbitration under the Arbitration Rules of the DIFC-LCIA Arbitration Centre.

An Award was issued on 17th November 2014 by the sole arbitrator under the DIFC-LCIA Rules which ordered the Award Debtor to pay the sum of AED 31,500,000 plus accrued interest and costs.

The Award Creditor sought recognition and execution of the arbitral award and the Award Debtor made an application to set aside the award.  Both matters were consolidated and heard in the CFI on 13th March 2016.  Judgment was received on 7th April 2016 in the Award Creditor’s favour and the Award Debtor appealed the judgment to the DIFC Court of Appeal who upheld the decision of the CFI in a judgment dated 9th October 2016.

The proceedings before the DIFC CFI

The Award Debtor argued that the Arbitration Agreement was not valid as the Settlement Agreement in which it was contained was signed without the requisite authority, thus should be set aside under Article 41 (2)(a)(i) of the Arbitration Law.

The Award Creditor argued that the doctrine of ‘Apparent Authority’, contained in Articles 130 and 131 of the DIFC Contract Law, No. 6 of 2004 was engaged:

Apparent authority is the power to affect the legal relations of another person by transactions with third persons, professedly as agent for the other, arising from and in accordance with the other’s conduct towards such third persons.

Except for the conduct of transactions required by statute to be authorized in a particular way, apparent authority to do an act is created as to a third person by written or spoken words or any other conduct of the principal which, reasonably interpreted, causes the third person to believe that the principal consents to have the act done on his behalf by the person purporting to act for him.

The Award Creditor submitted that if there was no ‘express authority’ to enter into the arbitration agreement on behalf of the Award Debtor that it can, nonetheless, be found to have apparent authority under the DIFC law

The learned judge went on to consider the issue under UAE law stating that “[i]n any event, if it was UAE law that governed the Arbitration Agreement, the Doctrine would still apply.  The recent judgment of the Dubai Court of Cassation in Case 547 of 2014, issued on 21 October 2015 sets a precedent which is in line with the Doctrine:

“This Court has also decided that if a specific company’s name was listed in the preamble or introduction of a contract and was signed by another person at the foot of the page a presumption is established that the signatory has signed the contract in the name of and on behalf of the company.  As a result, the rights and obligations of the mentioned contract are attributed to the company, in view of the signatory acting on behalf of the company.  It is also decided that a personal signature, seal or fingerprint is the only source of authentication of a document.”

“Protection of Those Dealing with the Company

The CFI found that the Award Creditors were the innocent party; that there was no evidence that they knew or could have known that the signatory did not have the requisite authority.  Thus the DIFC Court found that even on a consideration of UAE law that the Arbitration Agreement was valid

The CoA took the view, having considered numerous authorities from the UAE Courts, presented in support of the need for specific authority, that the issue of legal capacity involved an analysis of factual evidence.

It would appear that in order to rely on this defence, that absent specific authority an arbitration agreement was necessarily invalid, requires cogent factual evidence in support.