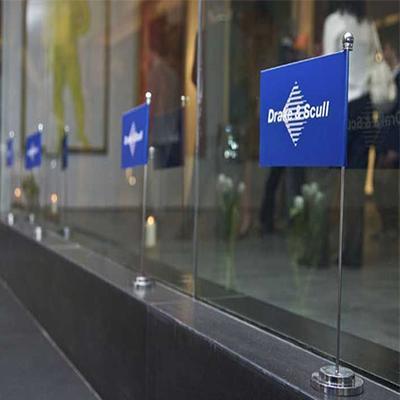 Drake & Scull International (DSI), a Dubai-based contractor, on Wednesday said it will take the ongoing investigation into the company’s financial irregularities to a logical conclusion and pursue everyone from the previous management who is proven guilty of fraud.

The company alleged that losses running into billions of dirhams were hidden from shareholders by the previous management between 2009 and 2017. The losses reportedly jumped from Dh939 million in 2015 to Dh1.396 billion in 2017, ballooning to Dh3.15 billion by 2017, which is approximately three times the company’s paid-up capital.

“We will pursue everyone who was involved and is proven guilty of jeopardising in any manner the best interests of our shareholders and undermining their trust in the company. The investigation is still ongoing to uncover any other offences committed by the previous management,” said Shafiq Ahmed Saleh Abdelhamid, chairman of DSI.

The contractor had posted a loss of Dh4.5 billion in 2018, widening from Dh1.18 billion in 2017. It had earlier confirmed in a statement that it is under investigation by the UAE’s Emirates Securities and Commodities Authority.

“The DFSA also acts as risk-based regulator, setting rules and guidelines for financial institutions in the DIFC to independently assess their risk exposure and build or strengthen their own corporate governance against all sorts of risks, including financial crime,” he said.

Priyasha Corrie, Senior Associate at Fichte & Co, believes that though financial regulatory framework in the UAE is not as sophisticated as in other mature markets, it is only a question of time before more robust regulations are in place. “That said, financial frauds are commonplace in all markets, and the Drake & Skull and Abraaj incidents provide the necessary learning curve for the regulators to understand how to deal with such financial irregularities,” Corrie said.
She said corporate governance is going to play a significant role in the coming times to sustain the trust of investors and other stakeholders as well as to manage a business in the long-term.

“The federal government has been proactive in bringing out effective legislation and regulations to suit current requirements, eg the AML Law of 2018. The DIFC in Dubai is governed by the DFSA, which also has strong regulatory setup against various financial crimes,” he added.

DSI chairman Abdelhamid said the company is providing the evidence to the relevant authorities to ensure a verdict that fairly protects the rights of all shareholders.

DSI has already filed 15 criminal complaints against the previous management, members of the previous board of directors and some of their family members, and these complaints are still under investigation by the relevant authorities.

The company said a travel ban has been placed against a previous executive manager and one of his family members. The ongoing investigations have led to the filing of additional criminal complaints, DSI statement said, adding that probes are also underway to uncover any other offences committed against the Company.

The authorities, according to the DSI statement, have also issued a directive to freeze the bank accounts of the executive manager and his wife as well as to seize properties registered under their names. The executive is currently abroad with his family, but he is still subject to ongoing investigations regarding the criminal complaints that were assembled by the experts and filed against him, said the statement.

Moreover, the court convicted one of the previous board members who is currently serving jail term. A statement from Khaldoun Tabari, who was the CEO of DSI from 1998 until 2016, was being awaited until the time of going to press.

This article was published in Khaleej Times on 7th November, 2019