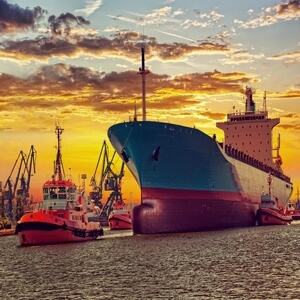 [vc_row][vc_column width=”2/3″][vc_column_text]Late last year, the Dubai Court of First Instance made an order in favour of the Shipowner for AED 10 million in compensation for wrongful arrest. The judge ruled that the Claimant had been unlawful in arresting the Shipowner’s vessel to secure his claim against the Defendant. Fichte & Co subsequently filed a civil arrest order under Article 252 of UAE Federal Law no. 11 of 1992 (the “Civil Procedure Code”) against the Claimant’s bank accounts, cars and other assets to secure the claim. On 18 March this year, the Dubai Court awarded the arrest order to grant the teeth required to enforce the judgment order.

What is most satisfying about this result is that not only did we convince the Court to rule in our favour in what has been historically a near-impossible action, but, we also won a monumental sum in compensation for our clients and succeeded in winning absolutely every argument raised in our submissions both procedurally and substantively.

“I am particularly proud of this victory because we had the courage, ingenuity and quality to achieve what was thought to be previously unachievable, to scale what previously was considered un-scalable and ultimately to facilitate justice being done for our client in what was obviously an unjust situation. Having said that, we won’t stop there, we are appealing for the full compensation sum of approximately AED 38 million.”

Typically, the protection for the shipowner against spurious or unmerited arrest claims lies in the court’s initial examination of the case at the arrest application stage and the court’s ability to reject a claim on that basis. However, there is scope under Articles 106, 282 & 292 of UAE Federal Law No. 5 of 1985 (the “CTL”), read conjunctively, for a defendant to bring a compensation claim against the arresting party where the arrest was ‘wrongful’.

The heavy burden of proof resting on the shipowner, coupled with extremely low chances of success and lack clear grounds to premise such claims, mean that wrongful arrest claims are significantly dis-incentivized.
In the rare instance that a court orders against a wrongful arrest undertaking, it will be completely at the discretion of the court as to what amount will be payable as compensation.
Until now, no court in the gulf region has actually awarded compensation for wrongful arrest.

Background to the case

In February 2013 a ship financing company (the “Claimant”) made an arrest application against our client’s (the “Shipowner”) vessel pertaining to a contractual dispute between the Claimant and the ship managers (the “Defendant”). Subsequent to the arrest, the Claimant filed main claim proceedings against the Defendant in the Dubai Court.

As is standard practice, the Dubai Court required the Claimant to provide an undertaking to indemnify the Shipowner for any loss or damage, within the claim amount, and to pay compensation to the Shipowner if a final court judgment determined that there was a wrongful arrest.
Fichte & Co were instructed to interfere in the claim at the first stage of the proceedings after the Shipowner’s vessel had been arrested and once the main claim had been filed. We pleaded that the ship had been unlawfully arrested and therefore ‘wrongfully’ arrested on two main grounds:

1. The Claimant arrested the Shipowner’s vessel in a claim wholly unconnected to the dispute with the Defendant. The Shipowner was not privy to, nor party to, the contractual relationship between the Claimant and the Defendant upon which the arrest claim was founded. The arrest injured Shipowner in an attempt to secure a claim against a third party. In essence, the Claimant was wrong to arrest the Shipowner’s vessel to secure a claim against a party other than the vessel owner.

2. The Claimant had made a series of procedural errors in bringing their arrest application, namely, they did not produce the arrest minutes which the arresting bailiff is required to record in accordance with Article 119 of the Commercial Maritime Code, UAE Federal Law no 26 of 1981 (the “CML”). These minutes were to be sent to the Master of the vessel containing a summons to appear before court (Article 120 CML), but they were never sent. Furthermore, the Claimant produced documentation to support their claim which failed to demonstrate that the Defendant had ownership of the arrested vessel.

As a result of the wrongful arrest, the Shipowner suffered significant losses, mainly due to loss of use of the vessel. It was felt by Fichte & Co and the Shipowner that a strong message had to be sent, namely, that ships cannot be arrested with impunity and without due consideration by arresting parties of the implications for shipowners before filing an application. It was envisioned that only a court judgment in favour of a shipowner would make a claimant think twice before filing. To achieve this, the provisions of the CTL for compensation where a court finds that there was a wrongful arrest had to be tested.

Conclusion
This judgment endorses the view that despite some entrenched practices and customs in the UAE Courts, even the most challenging of claims can be won with employment of intelligent strategy and quality of argument.

Do not hesitate to contact us if you believe your ship may have been subject to a wrongful arrest and/or you would like us to provide you with further details.[/vc_column_text][/vc_column][/vc_row]