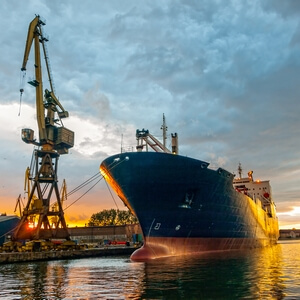 In the midst of the on-going OW Bunker (OWB) debacle, here are some key points when considering your options, particularly in the UAE.

It has become apparent that OW Bunker USA and North America have been aggressively pursuing ship arrests in order to recover receivables under their bunker supply contracts. Consequently, approximately USD 12 million has been paid into a New York District Court to pre-empt arrest of ships for non-payment of bunkers which were arranged through OW Bunker.

In a move to prevent the arrest of container vessel “COSCO PIRAEUS”, a New Jersey court ordered that USD 938,607 be paid into a law firm’s trust account to cover bunker supply arrears.

Similarly, ship owners and operators in Singapore have also deposited funds into court to avert the risk of their vessels’ being arrested by parties seeking to enforce their claims for non-payment of bunker fuel bills.

It is therefore clear that the collapse of OW Bunker has had a ripple effect across the globe, effecting ship owners in numerous jurisdictions and that the deposit of funds into either the US Courts or law firm’s trust accounts has been mutually beneficial for all the parties involved. It is well known that that ‘time is money’ in the shipping business and every hour that a vessel is detained in a port can be costly. Furthermore, cargo interests with their cargo stuck on a detained ship will be equally eager to avert arrest so as to avoid a subsequent dispute with the carriers.

But will this pre-emptive arrangement work in the UAE?

The situation in the UAE

OW Bunker Middle East customers have been subject to numerous payment demands by numerous interests across the world. Perhaps understandably then, they have been hesitant to pay their bills for fear of paying more than once for the stem supplied.
The UAE Courts will recognize the claim by the physical suppliers as a good claim under the UAE Federal Law No. 26 of 1981 on the Commercial Maritime Law (FML) Articles 115(1), (2) and (2)(i). Therefore the physical suppliers are in a strong position to arrest the subject vessels to enforce their claims.

“1- A sequestration may be levied against a vessel by an order of the competent civil court. Such shall be made only for the satisfaction of a maritime debt.
2- A The expression “maritime debt” shall mean a claim in respect of a right arising from any of the following causes:

i- Supplies of products or equipment necessary for the use or maintenance of the vessel, in any location of supply whatsoever.”

Therefore the physical suppliers are in a strong position to arrest the subject vessels to enforce their claims.

OWB Middle East’s liquidation process is underway according to the DMCC Freezone procedures, PWC ‘ KPMG being recently appointed as joint-liquidators to oversee the process and recover as much cash as possible for the creditors. Some question remains over the operation and impact of a security agreement between OW Bunker Middle East and ING Bank regarding the receivables. However, the liquidation process in the UAE has not shielded ship owners and operators from vessel arrests. Indeed, chartered vessels are also vulnerable to arrest under the provisions of FML if the charterer ordered bunkers for the vessel.

In principle, it is conceivable that the parties could agree to follow the practice seen in Singapore and the US to deposit funds with the court pending a decision as to the lawful destination of those funds. However, as mentioned above, each supplier and physical supplier of the bunkers have a good claim in UAE maritime law and can arrest the vessels accordingly. Therefore, there is a lack of incentive on the part of the physical supplier to agree to such an arrangement because to do so would be to accept waiting for years for a court decision.

Initial advice given in the UAE to bunker buyers by their P&I Clubs and lawyers was to agree with suppliers to pay into an ESCROW account pending a court decision as to the lawful destination of the payments.

Although this proposal represents an honest and concerted attempt by buyers to appease ship owners concerns, suppliers have been reluctant to agree to such a proposal for the same reasons as mentioned above. This has left the ship owners with no other option but to either settle the claim or deposit the funds in the Court to have their vessel released (should there be an arrest).

Furthermore, in practice, the UAE Courts do not recognize Club Letters of Undertakings (Club LOUs) as good security against a maritime claim against a vessel. Bank guarantees, Manager’s cheques or cash are the security options normally available to debtors in the UAE. In light of this we have faced much resistance to the acceptance of Club LOUs but in the vast majority of cases we have convinced the arresting party to accept a Club LOU when representing the ship owner. Notwithstanding this, when a ship has been arrested, the bargaining power in the negotiations firmly rests with the physical supplier because they need not accept anything other than a bank guarantee, Manager’s cheque or cash, which exerts significant commercial pressure on the ship owner to settle the supplier’s claim.

Ship owners are at liberty to pay cash deposits into court in order to obtain the release of their vessels but of course this affords them no protection against another creditor demanding the same and the sums can be sizeable. An offer to pay into an ESCROW account would seem fair, but again, there is no incentive for the supplier to agree to the same.

In our view, parties owing sums for supplied bunkers in the UAE should consider arrest to be a realistic risk to operations. Therefore, reaching a settlement before having to deposit arrest security is the most mutually beneficial outcome for the parties. On the part of the ship owner the settlement achieves the main objective, namely the freedom of the vessel to meets its schedule/commercial obligations and to avoid all the associated expenses that comes with an arrest. As a safeguard and as consideration for the immediate settlement of the invoice, the ship owner should request a letter of indemnity from the bunker supplier to indemnify them in the event that a court orders that payment is due to a third party. The supplier achieves its main objective, namely the immediate payment of the sums due to it but compromises by offering a letter of indemnity to facilitate this.

Fichte & Co’s clients have been at the heart of the storm caused by the OW Bunker disintegration, representing a multitude of different shipping interests connected with operations in the UAE. Do not hesitate to contact us if you require assistance, or simply pick up the phone for a quick chat if you would benefit from some general guidance and direction.