Legally speaking, bankruptcy in the UAE is an expression used to describe a legal status in which a natural (individual) or legal (company) person owes a sum of money to third parties and ceases to pay its debts when they fall due because of its troubled financial position and insolvency.

The Federal Bankruptcy Law No. (9) of 2016 is a relatively recent law and is the first stand-alone UAE law to regulate the bankruptcy process through specific legal channels covered in (231) Articles. This law is considered to be a mixed law, meaning that it did not derive its provisions from a particular state or legal system. Rather, it is based on the best features and advantages of different legal systems and doctrines. Prior to this law, the provisions of the Commercial Transactions Law of 1993 (Book V) and Articles 417, 418, 419, 420, 421 and 422 of the Penal Code of 1993 governed the bankruptcy proceedings and the related violations. However, Article 230 of the current bankruptcy law stipulates that all previous provisions regulating any bankruptcy proceedings have been abrogated.

The scope of application of this law is limited to (i) companies subject to the provisions of the Commercial Companies Law; (ii) companies that are not registered in accordance with the Companies Law and wholly or partially owned by the federal or local government, provided that its Articles and Memoranda of Association shall provide that they are subject to this Law; (iii) free zone companies, provided that they are not subject  to special provisions governing the bankruptcy proceedings; (iv) merchants; and (v) civil companies of professional nature.

The Federal Law No. (2) of 2015 enumerates the types and forms of companies and their legal frameworks. It should be noted that the Companies Law provides that a company shall have a separate legal personality from their shareholders or partners. However, in situations of a partnership, if one of the partners is declared bankrupt, then all of the partners shall be included in the bankruptcy. Furthermore, in case the court declared a company, of any kind, bankrupt, and found that its assets are not sufficient to fulfil at least 20% of its debts, the court may order all or any directors or managers, whether jointly or otherwise, to pay the full debts of the company, in the event that it is proved they are liable for the losses suffered by of the company in accordance with the provisions of the Commercial Companies Law.

The overlap between liquidation and bankruptcy:

While most people assume that there is no difference between liquidation and bankruptcy, there are important differences to understand. A declaration of bankruptcy describes the inability of a company, in a troubled financial position, to pay their debts when they fall due. However, a company, regardless of how successful or credible it is, can go into liquidation once the shareholders agree or resolve to liquidate the company. Also, a company can go into liquidation due to its inability to pay its debts, provided that the amount of debts does not exceed its total capital, unlike the bankrupt company. Also, in case a company is declared bankrupt, it can be liquidated only in accordance with the provisions of the bankruptcy law. If a competent court decides to initiate the bankruptcy proceedings of a company, any application for liquidation shall be ceased.

There may be a question as to who is entitled to apply to the competent judicial authorities on behalf of the company. The bankruptcy law limits those entities as follows:

Preventive measures prescribed by the law to limit bankruptcy:

Declaring a company or establishment bankrupt in the UAE, will not only lead to legal implications, but it might have many commercial and economic repercussions on the trade reputation of the company. Such effects may also extend to impact the reputation of the partners and shareholders. Declaration of bankruptcy will prevent the company or the debtor from disposing of his assets, wholly or partially and might lead to the sale of properties at lower prices. Therefore, well-intentioned companies can avoid full bankruptcy proceedings through one of the following protective mechanisms:

Protective Composition is a regime designed to assist debtors to reach settlements with their creditors pursuant to a scheme whereby the debts are to be paid on fixed dates under the supervision of the UAE Court and with the assistance of a composition trustee to be appointed by the court.

Before a company ceases to pay its debts and before the application for bankruptcy is made, the company may submit a protective composition scheme to the court to avoid bankruptcy. Only the debtor is the entity entitled to make such application.

In case the court grants the composition application, all judicial proceedings regarding the enforcement of the debtor’s assets shall stay pending the approval of the protective composition scheme. This is subject to the discretionary powers of the court.

The court shall appoint a composition trustee with such powers and mandate as may be determined by the court in accordance with the law. His powers include taking inventory of the debtor’s assets and inviting the creditors to meetings to allow the debtor’s composition scheme. The composition scheme should include a reference to the possibility of the company generating profits and an implementation schedule of no more than 3 years from the date whereon the court approves the scheme. Such period may be extended for a similar period with the approval of a majority of the creditors holding two-thirds of the outstanding debts. After the court approves the scheme, the trustee shall supervise the scheme throughout its implementation period.

The law authorizes the court, at the request of the debtor (company) or the trustee appointed in protective composition or restructuring proceedings, to allow the debtor to obtain a new financing with or without collateral, with the possibility of securing financing by pledging any of the debtor’s unencumbered funds.

The law allows the debtors to apply to the Financial Reorganisation Committee to reorganize its financial position and to discuss the chances of reaching a consensual agreement between the debtor and its creditors before resorting to the court. The Committee is in charge of overseeing the management of financial reorganization proceedings outside the courts. The Committee is authorised to engage experts specialised in financial reorganisation arrangements, and to establish and organise an electronic register of persons against whom bankruptcy related judgments are delivered, and to organise and sponsors initiatives that would raise public awareness of the law and its objectives.

In summary, the new bankruptcy law in the UAE reduces business risks, adds value to the business community, positively impacts foreign and local investors, provides them with protective measures while preserving the creditors’ rights, helps businesses overcome their financial crises and enhances the legislative and financial system of the state. The law provides several options to help avoid business bankruptcy cases. 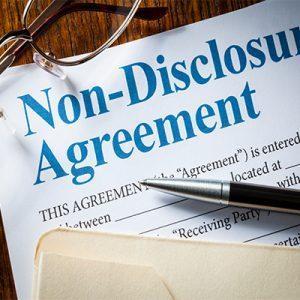 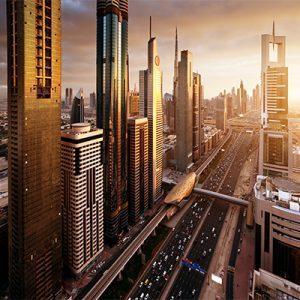 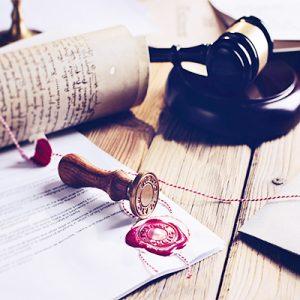 Overview of the Bankruptcy Proceedings and Preventive Measures in the UAE was last modified: October 1st, 2018 by Ahmed Salih

Associate
Share this article:
Everything You Need to Know about Limitation Period of Labour Cases in the UAE
تقادم سماع دعوى المطالبة بالحقوق العمالية في القوانين الإمارتية
Share
Sign up for our news and alerts