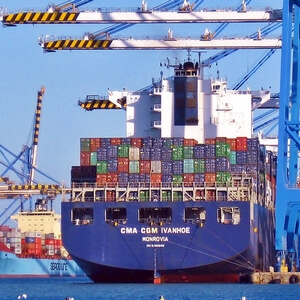 After OW Bunker’s insolvency, Owners were faced with the risk of having to pay twice for the same bunkers – once to OW Bunkers / ING who had a contractual claim, and once to physical suppliers who arrested the supplied ships on the basis of statutory rights.

In many jurisdictions, courts were tasked to decide whom the Owner has to pay and, if the Owner had already paid either party, whether such payment relieved the Owner of his obligation to pay the unpaid party. Now that more and more cases have been decided we took the opportunity to consider the decisions to see whether the courts had been able to bring some order into the chaos.

While we have, in the past, written on the implications and the possibility of arrest from a perspective of UAE law this time we wanted to summarize what courts in other jurisdictions have found.

The Court’s decisions have varied quite substantially in the differing jurisdictions and in a nutshell the courts have found:

Singapore: No interpleader (explained below) and no direct claim by the physical supplier against Owner on the basis of the bunker delivery note (BDN) alone.

US: Allowed use of interpleader thus court to decide competing interests – Owner would only be obliged to pay once.

UAE: Despite a recent decision by the Dubai Court of First Instance by which an arrest was dismissed, the UAE Courts generally allow physical suppliers to bring claims against Owners on the basis of the bunker delivery note.

UK: As outlined in more detail below, the Court of Appeal has upheld OW Bunker’s claim for payment.

The story in a little more detail:

In the English Court of Appeal proceedings in “Res Cogitans” the owners faced claims from both ING and the physical suppliers for payment of bunkers.  The owners refused payment to ING on the basis that the supply contracts contained retention of title clauses according to which title would only pass upon full payment thus as no title passed to OW the Owners could not be compelled to pay OW.

The Court of Appeal confirmed that the combination of the retention of title clause and the right to consume the bunkers meant that what Owners actually acquired was a license to use the bunkers, despite the contract being commercially described as a contract of sale. Accordingly, Owners were obliged to pay for the bunkers under a simple contractual debt.

What the Judgment left open was what they called a ‘hybrid’ contract, raising a new uncertainty, which means that it may be necessary for Owners to consider:

(2) Whether OW possessed title at the time payment fell due

So far ….. so not very helpful, from a common sense commercial approach, but watch this space as we will report on the much awaited and hopefully clearer Supreme Court decision.

The issue of Interpleader

In an effort to achieve justice (or perhaps just common sense!) some jurisdictions have considered whether the court should decide the competing claims by the use of an interpleader. Put simply, the Owner deposits the money for the bunker fuel into the court and the Court makes a final decision as to which party should be paid.

Notably, the courts of New York and Singapore have ruled diametrically on this issue. In short, New York says yes because “Allowing two claims to proceed, would create the risk of two recoveries for the same enrichment”, whilst Singapore rejected the applicability of the interpleader on the basis that the claims were not competing and “contrary to United States law, Singapore law does not recognize a maritime lien for unpaid bunkers”.

The Court found that because the in rem and in personam claims resulted from the same debt, they were inextricably interrelated. Allowing two claims to proceed, would create the risk of two recoveries for the same enrichment.

The application was dismissed on – in essence – two main grounds. (1) The competing claims (in the form of the maritime lien) did not disclose any prima facie case for relief, and (2) that the claims of the purchasers and the physical suppliers were not adverse to each other and therefore not suitable for interpleader relief.
This judgment seems to suggest two things: (1) In Singapore an interpleader does not provide for a solutions for Owners to rid themselves of claims brought by ING and physical suppliers. (2) It appears that Singapore law does not afford the physical suppliers a direct claim against the purchaser of the bunkers on the basis of the bunker delivery alone.

As recently reported by TradeWinds, two Greek courts have handed down two judgments rejecting physical suppliers’ claims for the arrest of ships they had supplied with bunkers. The ships’ managers had contracted with OW Bunker Malta Ltd for delivery of bunkers, who in turn contracted with the physical suppliers. The courts held that the contracts were to be dealt with separately and that therefore the physical suppliers could not bring claims against the vessels directly. Good news for Owners who bunker in Greece – it seems that they will be spared from being subjected to competing claims.

What can be learned from these judgments?

That the courts came to such different conclusions has numerous reasons, not least that they all revolve around different factual scenarios. Above all, however, it is rooted in the different legal frameworks binding the judges. And this is the crux: The courts can only ever find national solutions to a transnational problem.

So what, then, can be done by the industry to avoid such clutter in the future?

The BIMCO Clause – a practical approach?

BIMCO has published a bunker non-lien clause for time charter parties intending to protect Owners from arrests that are cause by time charterers’ failure to pay for bunkers ordered. The clause obliges charterers:

(1) to inform the sellers of the bunkers in writing that the bunkers supplied are for the charterers account and that no lien shall arise on the vessel;

(2) to inform the owners of the sellers’ details and provide them with a copy of the non-lien notice.

If charterers fail to comply with point (2) the master shall be entitled to refuse to accept bunkers with all time so lost being for charterers account.

While this prima facie appears to provide a practicable approach, the commercial reality may very well be a different one, as charterers may refuse to insert the clause or – even if it is inserted – the Master may feel pressured to load bunkers despite the clause not being complied with. Further, it does not appear to apply where the sellers and the suppliers are not identical. A further downside is that while the clause may be working in many jurisdictions, mandatory national laws may always apply and therefore, until there is a transnational solution to the question of whether the physical supplier may arrest a ship for unpaid bunker, Owners who charter their ships out may never be 100% safe. Whether the clause has a noticeable impact remains to be seen.

The void of uncertainty Owners were facing initially has given way to a patchwork of different solutions offered by national courts. In particular the position under English law still leaves many questions unanswered, and it remains to be seen whether the Supreme Court judgment will provide clarification. For now, involved parties are best advised to tread carefully and to seek competent advice at an early stage in order to minimize their risk.