Buying a Yacht: ensure your ‘bargain’ doesn’t turn into nightmare 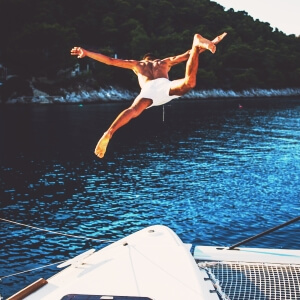 The Middle East now represents a significant portion of the buyers in the current yacht market. While there has been a relative slowdown in the sale of newly built yachts, there has been a renewed interest in the second hand market, with demand for superyachts continuing to rise steadily. The ongoing financial crisis has alerted both local and expat clientele to the plethora of excellent opportunities for second hand yachts in foreign markets, often at prices significantly below presumed value.

While these market shifts seem to be in favor of the buyer, it is essential that buyers who are approaching the yachting world for the first time, or those aiming to upgrade their current yacht, make themselves aware of the conditions under which these yachts are being sold. A large portion of the so-called ‘bargain sales’ are being conducted on an “as is, where is” basis, and it is absolutely crucial for a buyer to understand the implications of this term before seeing their presumed bargain turning into a buyers’ nightmare.

When people who operate within the industry come across the term “as is, where is” in a contract for the sale of a yacht or a ship, there is a general commercial understanding that once the transaction has been completed, the Seller has no further liability regarding the condition of the vessel. The Buyer is accepting the yacht in its present state together with the inherent risks involved. However, the legal position has not always been as clear.

The majority of superyachts are purchased based on English law, under which several terms regarding satisfactory quality are implied via the Sale of Goods Act 1979 (“SOGA”). These terms are considered to be incorporated into all yacht sale agreements unless expressly excluded. The implications of the “as is, where is” clause comes into direct conflict with the satisfactory quality which is implied by SOGA, and the courts have not yet adequately clarified this point.

The most recent decision which considered the matter in passing, is from the 2014 case of Michael Hirtenstein v Hill Dickinson LLP (Il Sole) [2014] EWHC 2711 (Comm). In this case, a superyacht was purchased on an “as is, where is” basis at a significantly discounted price (the purchaser himself described the transaction as a ‘steal’), and the yacht suffered what turned out to be irreparable engine failure within an hour of the completion of the sale. When evaluating the facts, the Court discussed the significance of “as is, where is” transactions, and was of the view that, “it clearly signified that the buyer would acquire the Yacht in whatever condition the boat was at the time of purchase with no right to complain subsequently if the boat should turn out to have any defect.”
The effect of this decision is that the risk in “as is, where is” transactions are clearly transferred to the buyer, as has been the commercial understanding of the industry throughout. Buyers should therefore exercise caution before hastily entering into what they may consider a bargain purchase, and ensure that they have hired competent surveyors to inspect and conduct sea trials on the yacht prior to proceeding. In the above case, the bargain ended up costing the buyer a further US$2.5million in engine replacements.

Despite the above recent decision, in situations where the intention of the parties is not as clear, and the exact “as is, where is” wording has not been expressly used, the older case of Dalmare SpA v Union Maritime Limited (The “Union Power”) [2012] EWHC 3537 (Comm) could likely still apply. In this case, the purchase was completed via a Norwegian Saleform 93, which included the wording, “as she was at the time of inspection”, and despite the similarity of the terms, the Court held that these were not sufficient to exclude the SOGA implied terms.

Buyers need to be aware of the risks involved in purchasing a yacht on an “as is” basis, and take proactive steps to ensure that the yacht is in a satisfactory condition, prior to labeling the transaction a ‘bargain’. To date there has not yet been a binding decision specifically on this matter, the current reality is that where the parties do intend to exclude all implied terms, they would have to make this expressly clear in the agreement. Where possible, buyers should try to avoid the inclusion of the “as is” clause if they are unwilling to take on the risk and implications that could potentially follow. However, if the buyer is set on proceeding, sound legal advice should be obtained from a specialized maritime lawyer who could guide the buyer through the process and limit their potential exposure as much as possible.

If you need further assistance with a Yacht Purchase or Sale matter, contact Alessandro Tricoli on +971 44 357 577.