Shipowners May Have To Pay Twice! 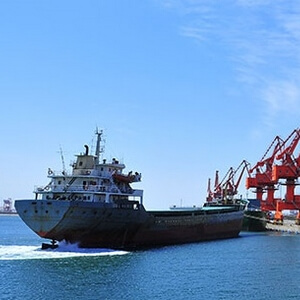 Although the outcomes of arrest proceedings are becoming more predictable to the reassurance of physical bunker suppliers, it appears that shipowners will continue to be at risk of having to pay OW Bunker or its assignees under London arbitration proceedings as well as the physical suppliers if their vessels are arrested in Dubai.

Following the liquidation of OW Bunker and its subsidiaries around the world, the parties involved in bunkering transactions were faced with considerable uncertainty. Shipowners were exposed to the risk of having to pay two different parties for the same bunkers, and physical suppliers, who had extended credit to OW Bunkers were left in the dark on whether they could recover their outstanding by way of arresting the supplied vessels.

In the past, the UAE Court have generally allowed bunker suppliers to arrest the supplied vessels on the basis of bunker delivery notes (BDN). Decisions have differed, however, on the question of whether the BDN, signed and stamped by the master of the supplied vessel amounted to a contractual relationship between the physical supplier and the shipowner. The Dubai Court of First Instance (DCFI) had ruled that the BDN was held to be merely an acknowledgement of receipt of the bunkers and did not suffice to constitute a contract by itself. This question has now, again, been addressed by two recent judgments, one issued by the DCFI in October 2015, and one by the Dubai Court of Cassation (DCC) a month later.

The DCC case
In the second case, the DCC was concerned with the matter after the DCFI and the Dubai Court of Appeal (DCA) had ruled in favour of the claimant bunker supplier and the shipowner had challenged the DCA’s decision. Here, although the shipowner had contracted with an intermediary bunker trader for the bunker supply, it was the owner’s agents who requested the supply to the vessel.

Comment
It appears that the Dubai Courts are moving towards a consensus that a BDN, signed and stamped by the master, suffices to establish a contractual relationship between the physical supplier and the shipowner and that such BDN regularly provides grounds to arrest the supplied vessel under Article 115 of the UAE Commercial Maritime Law. However, in the cases at hand, the DCC and the DCFI do not reach this result through the same reasoning.

The DCFI surprisingly sees the trader in the position of an agent for the shipowner, whereby the ‘real’ contract was held to be between the shipowner and the supplier. As a consequence, the trader was released of all obligations under the supply contract.

The DCC case goes to show that, even if the shipowner has paid the bunker trader in full, he may nevertheless be at risk of having to pay the physical supplier for the same bunkers if his vessel is arrested in Dubai.