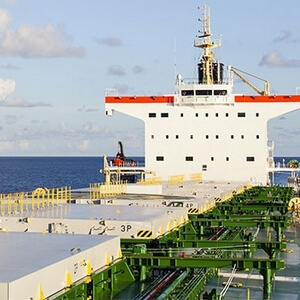 UK Supreme Court judgment on OW Bunker, The Judgment in Brief: The long awaited Judgment by the UK Supreme Court (“UKSC”) was handed down on 11th May 2016 in which they unanimously dismissed the appeal by PST Energy 7 Shipping LLC and Product Shipping and Trading S.A., the owners and managers of the Vessel Res Cogitans (the “Owners”) in favour of OW Bunker/ING Bank.

The judgment confirms (agreeing with the Court of Appeal (“the CA”)) that the purchase of bunkers, under the agreed terms, does not constitute a sale of goods as defined by the Sale of Goods Act 1979 (“SoGA”), but asui generis agreement (meaning an agreement ‘of its own kind’ or ‘unique’) which nonetheless may be subject to implied terms of a sale of goods, at least with respect to bunkers not consumed at the time of payment.

Accordingly, the UKSC has held that the Owner could not avail himself of a defence specific to the sale of goods. However, Supreme Court also went on to find that even if the contract had been a sale of goods, it would have found in favour of OW Bunker by over-ruling the prevailing authority of the Court of Appeal in Caterpillar.

As a consequence, the UKSC has confirmed the Owner’s obligation to pay OW Bunker/ING Bank for the bunkers supplied.

While this decision brought an end to the question of whether or not the SoGA applies to the facts of the case, it does little to relieve shipowners of their risk of double exposure. Like many other jurisdictions around the world, UAE law grants physical bunker suppliers the right to arrest vessels based on the supply of bunkers, thereby leaving shipowners at the risk of having to pay both OW Bunker and the physical supplier.

In practice,this means that shipowners will continue to face the risk of claims from OW Bunker/ING on the one side, and on the other from physical suppliers around the world which may have claims against the vessel for damages or on the basis of maritime liens.

In brief, on 4 November 2014 the Owner had purchased bunkers from OWBunker Malta (“OWBM”)who, in turn,had purchased the bunkers from its mother company OWBunker & Trading A/S (“OWBAS”),at the time the world’s largest bunker trader, who in turn had bought them from Rosneft Marine UK (“RMUK”). ING Bank NV (“ING”) financed the OW Bunker group and were assignees of OW Bunker’s claims. Both the contracts between the Owner and OWBM, and as between OWBAS and RMUK contained retention of title clauses which resulted in the fact that  property in the bunkers only passed once they were paid in full.  The Owners had 30 days to pay OWBM, and OWBAS had in turn 60 days to pay RMUK. The contract between the Owner and OWM made the Owner the bailee of the bunkers until full payment and allowed the Owner to use the bunkers for the propulsion of the vessel before they were paid for. On 6 November 2014, OWBAS announced its insolvency.

For a better overview, the contractual chain was as follows:

The Questions for the UKSC

Section 2(1) of the SoGA defines a contract of sale of goods as one “by which the seller transfers or agrees to transfer the property in goods to the buyer for a money consideration, called the price”

Further relevant to the case are sections 49 (1) and (2) SoGA which state that:

“(1) Where, under a contract of sale, the property in the goods has passed to the buyer and he wrongfully neglects or refuses to pay for the goods according to the terms of the contract, the seller may maintain an action against him for the price of the goods.

(2) Where, under a contract of sale, the price is payable on a day certain irrespective of delivery and the buyer wrongfully neglects or refuses to pay such price, the seller may maintain an action for the price, although the property in the goods has not passed and the goods have not been appropriated to the contract.”

The Owners argued that the contract was a sale of goods under SoGA. It was their contention that OWBM (from which the Owner had purchased the bunkers) could not have transferred the property in the bunkers to the Owner, as OWBM and/or OWBAS had in turn not paid Rosneft Marine UK (RMUK) and the retention of title clauses prevented the transfer of property.

The CA judgment in Caterpillar had established that, under a contract of sale, section 49 (1) SoGA meant that a seller does not have an action for the price of the goods against the buyer where property has not passed, and that sub-section (2) which deals with an agreed time for payment was the only exception to this rule. In combination with the retention of title clauses, the Owner therefore argued that as the bunkers had not been paid, property had not passed, and thus OWBM had no claim for payment against the Owner.

In support of this view, the Owner argued that the terms of the contract should be interpreted from the point of view when it was made, and should not be reverse engineered to avoid consequences which might seem unpalatable.

OWBM and ING sought to uphold the CA’s judgment, which had dismissed the Owner’s appeal, and relied on the reasoning given therein.

They further argued that the decision in the Caterpillar case was wrongly decided and should be overruled. OWBM/ING submitted that, even if the contract were to be held a sale of goods under the SoGA, section 49 SoGA should not be read as excluding claims for the price that may arise under circumstances where the facts cannot be subsumed under the law. In other words, contrary to the wording of section 49 (1) and as interpreted by the CA in Caterpillar, the examples listed in section 49(2) were not exhaustive and there could be circumstances where the seller would have a right to bring an action for the price even if property has not yet passed.

On the First Ground of Appeal

In analysing the terms of the contract, the UKSC highlighted the special features of the contract, namely the retention of title clauses, the fact that the buyer was to be the bailee of the seller until the bunkers were paid, and that the buyer was allowed to use the bunkers (only) for the propulsion of the vessel. In the eyes of the UKSC, this clearly reflected a reality of the industry, where bunker suppliers know that supplied bunkers will be used (prior to payment) and any term to the contrary would likely be either not agreed or ignored. It was further pointed out that the property in the bunkers did not pass to the buyer in the moment they were consumed, and that only the unconsumed bunkers could be transferred upon payment of the price.

The Contract was, in the eyes of the UKSC, thus not a straight forward contract of sale, but was in essence an agreement sui generis with two aspects – first, to permit consumption of the bunkers prior to payment and second, to transfer the property in the bunkers unconsumed upon payment of the (full) price. The Court further found that these two parts of the contract could not be treated as divisible, but were two parts ofone agreement.

Notwithstanding their decision, the Court emphasized that the contract, although not amounting to a contract for the sale of goods, “would contain similar implied terms as to description, quality, etc. to those implied in a conventional sale.”

On the Second Ground of Appeal

The UKSC rejected the notion that the contract between the Owner and OWBM contained an implied obligation of timeously payment of OWBM’s contract up the contractual chain. However, the UKSC also noted that even if such implied obligation existed, this would have had no relevance as the real reason why OWBM could not pass on title was that OWBAS became insolvent and thus never paid RMUK.

What if the contract had been a sale contract?

The UKSC took the opportunity to address another question which whilst it was not subject of the appeal, was nevertheless argued, namely, whether the decision in Caterpillar should be over-ruled. As mentioned above, in Caterpillar the CA had held that section 49 SoGA contained a code which precluded any action for the price which did not fall within its terms.

The UKSC (albeit by way of obiter comment) stated that it would have over-ruled Caterpillar on the basis that section 49 is not a complete code of situations in which the price may be recoverable under a contract of sale but that a claim for the price depended on the terms of the contract. In this case, the price would be recoverable from the buyer even if the bunkers had been fully consumed on the payment date thus rendering the transfer of property in the no longer existent bunkers impossible.

What this means is that, even if the UKSC had found that the contract amounted to a contract of sale under SoGA, this would not have prohibited OWBM from a claim for payment of the bunkers.

The judgment is, therefore, a clear victory for OW Bunker and ING. However, the outcome of the Res Cogitans in connection with the right of physical suppliers to arrest vessels for unpaid bunkers in various jurisdictions leads to a shift in the allocation of the risk of insolvency causing a greater exposure than shipowners had bargained for. Usually, where one party grants another unsecured credit, it accepts the risk – however unlikely it may be – that the other party may become insolvent during the credit period. Under this scenario it would thus be the physical supplier that would have to bear the consequences of OW Bunker’s insolvency. However, by circumventing the insolvent bunker trader and claiming directly against the shipowner and/or the relevant vessel, the trader’s insolvency is shifted from the physical bunker supplier to the shipowner, who now may be forced to pay for the bunkers twice.

In the UAE, the Courts of Dubai and Khorfakkan have repeatedly confirmed the physical supplier’s right to arrest supplied vessels – accordingly, shipowners should, therefore, think twice and seek legal advice before subjecting their vessels to the risk of being arrested.