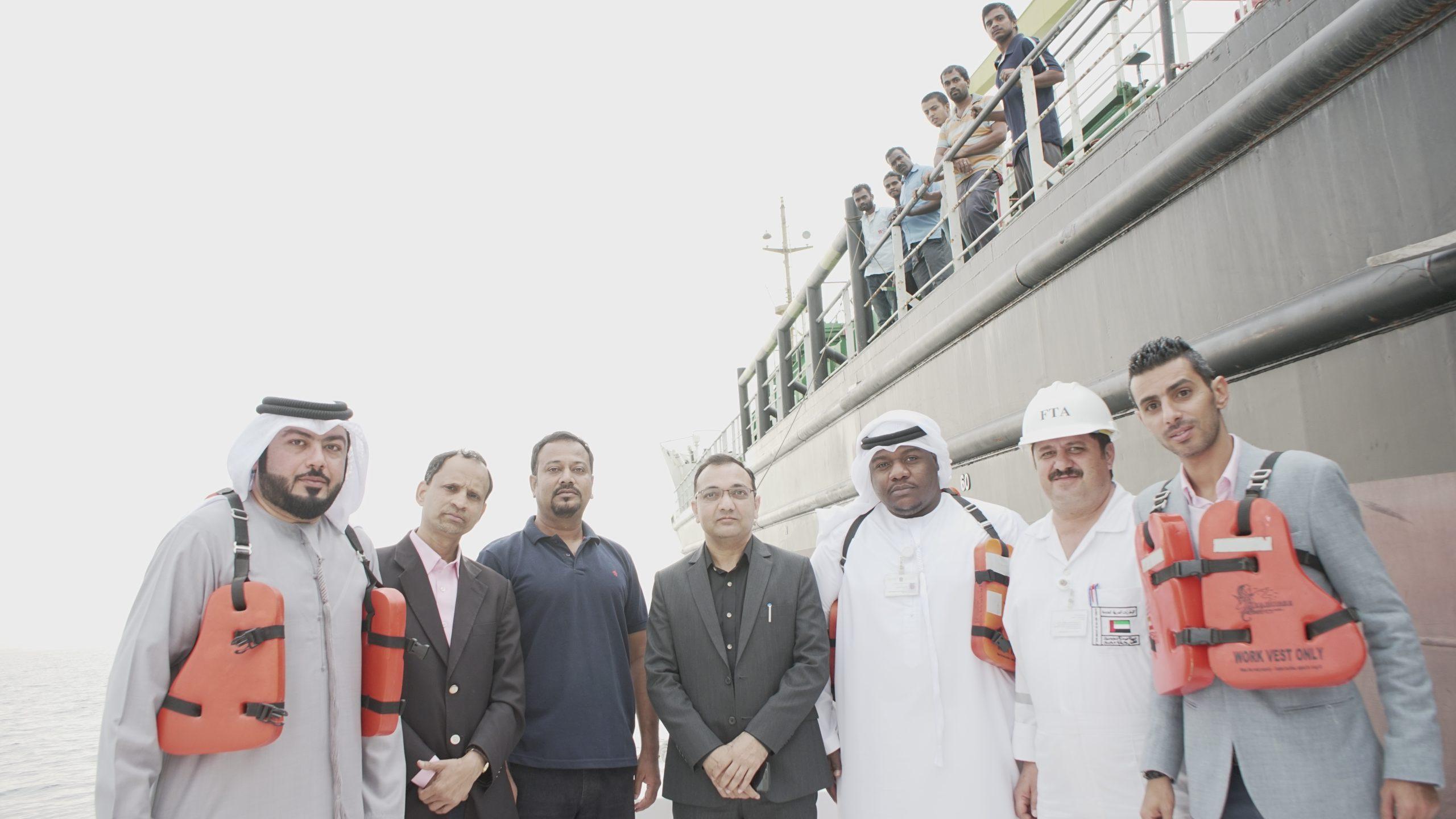 It was a fight for survival for the sailors who had to live on dwindling supplies of food and water.

“Life in hell is over,” said a relieved Ayyappan Swaminathan as he planted his feet firmly on land for the first time in 28 months.

Till a few weeks ago, land was a distant dream for this Indian captain who, along with his crew, was forced to live on board a run-down commercial vessel off the UAE coast. Unpaid, abandoned and with no regular supply of food and water, they clung on to hope while fighting depression and trauma.

In what could be the end of one of the biggest and long-drawn cases of abandoned vessels off the UAE, Ayyappan and two of his colleagues are finally all set to go home this week.

“My daughter Aniha was five when I embarked on the ship. She is turning eight tomorrow. I want to be home and give her a surprise,” an elated Swaminathan told Khaleej Times.His two colleagues – Rajib Ali from India, who worked as a cook, and chief officer Ibrahim from Sudan – also disembarked from the vessel MV Azraqmoiah on Sunday.

Ayyappan said the company has paid him a major portion of his pending salary, which he claimed was around $8,400. “Our immigration formalities are pending. We just cannot wait to go home.”

With this, a three-year stand-off involving 40 sailors and eight vessels off the UAE belonging to the same company has ended. It followed a long legal battle that saw the Federal Transport Authority (FTA) take action against Dubai-based Elite Way Marine Services. Effective June 6, 2018, the FTA banned the company from all commercial activities and also from operating in the UAE ports and waters.

As Khaleej Times reported earlier, the Emirati-owned company had abandoned its vessels off the coasts of Ajman, Dubai, Fujairah and Umm Al Quwain after running into debts.

The FTA also appointed legal firm Fichte and Co to represent the sailors. Shehab Mamdouh, a Senior Associate at the firm, said legal action was initiated against the company for not paying the salaries. He said the company owed about $750,000 to the 40 sailors. “Most of the sailors received settlements ranging from 60 to 80 per cent of their outstanding dues.

“We started legal procedures by mid-February this year and then things started moving fast. The first ship was arrested and moved to the port in April, followed by other vessels, and sailors were able to disembark. We are grateful to the FTA for their role in helping the sailors.”

According to Mamdouh, this is one of the biggest cases involving abandoned ships in the UAE. “We haven’t seen a case of this scale and proportion before. It was unacceptable what those men went through. They suffered emotionally and physically. We are grateful that they can finally go home.”

The human cost of the ordeal

It was a fight for survival for the sailors who had to live on dwindling supplies of food and water. The intermittent supply of food from the charity organisation, Mission to Seafarers in Dubai, and the Indian Consulate, was all they could count on during desperate times.

There were days when the men would live in the dark due to power outages on the ship as fuel ran out. Many of the men missed family reunions, marriages and other functions. One sailor, Gurunathan hailing from Tamil Nadu, said he was helpless when his property back home was destroyed in a cyclone. He was stuck in the ship for 18 months with an unpaid salary of about $54,400.

Speaking on the release of the sailors, Andy Bowerman from the Mission to Seafarers, said: “After more than a year of supporting them, we are delighted that the crew of the Azraqmoiah are finally back on shore.”

He said there was one more vessel – The Tamim Aldar – of the Elite Way Marine Services to be brought to shore. “It still has four crew on board and is more than 20 nautical miles from shore. We will continue offering them the same practical and emotional support.”

This article was first published in Khaleej Times on 10th June, 2019