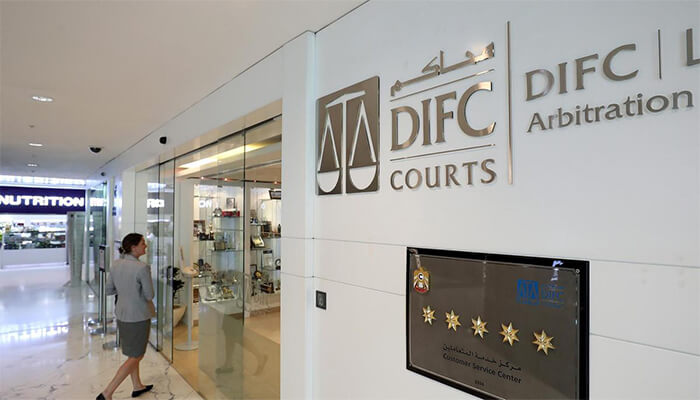 Lawyers have welcomed the UAE’s approval of a draft law on arbitration, a fast-growing method of settling disputes out of court, saying it would provide increased confidence to investors bringing cases in the Emirates.

“The UAE Federal National Council’s approval of the draft Arbitration Bill on Tuesday is a very welcome development and clearly evidences the UAE’s intention to remain at the forefront of dispute resolution in the region.”

Commercial legal disputes are on the rise in the UAE, according to figures from the DIFC Courts, the international common law system of the emirate’s financial free zone, which reported this month a 41 per cent year-on-year increase in the total number of commercial cases it handled in 2017.

The court handled 520 cases last year across all of its divisions, with claims at the main Court of First Instance, which includes arbitration cases, rising to 54, up 17 per cent year-on-year.

As the price of oil rebounds from a three-year slump and the economy accelerates, companies are looking for cheaper methods of resolving disputes, away from the public eye, and arbitration provides such a solution, its proponents say.

The UAE has been working to establish the country as an international centre for commercial arbitration to rival other such hubs in the United Kingdom, Singapore and Hong Kong.

Under the draft UAE law, parties can choose the arbitrator who they wish to hear their case according to its subject matter, the legal system they wish to govern their case – whether it be the UAE, UK, Singapore or any other jurisdiction – and where it will be heard. It is also becoming possible to hear arbitrations online.

The provisions of the law will apply to all arbitrations within the country, provided the parties “agree to not be subject to another arbitration law”, and provided the case does not “contradict the UAE’s public order and morals”, state news agency Wam reported.

“Arbitration is an increasingly popular choice for businesses because it can offer confidentiality, independence, speed, flexibility and ease of overseas enforcement compared to litigation in a national court.”

This article was published in The National on March 1,2018

Should you wish to discuss the matter raised in this alert, please speak with members of our team below.