Foolish to fake it: risks and penalties of not following Emiratisation rules

“The UAE government policy to support Emiratisation or increased participation of UAE nationals in the private sector workforce has been around for several years now,” states Dr Laura Voda.

“Other GCC states including Saudi, Oman, Kuwait and Bahrain have similar policies too, although in most cases their nationalisation provisions are stricter than in the UAE. However, what is now starting in the UAE is the move from an introductory phase in which only specific sectors such as banking and insurance were covered to a new phase in which Emiratisation requirements apply to all employers registered with the Ministry of Human Resources and Emiratization (MOHRE), but not to those in the freezones.”

“As part of this, one of the significant developments has been the establishment of the Nafis programme which is specifically opportunities for Emirati nationals, including by providing salary support, pension and other benefits.”

“Ministerial Decision No. 279/2022 which is effective from January 2023, requires entities employing more that 50 skilled workers to Emiratise 2% of their workforce annually until they reached a target of 10% in 2026,” states Maquelin Pereira. “With these deadlines in mind, employers in the private sector must fulfil their Emiratisation obligations to safeguard themselves from MOHRE fines.”

REQUIREMENTS IN OTHER GCC COUNTRIES

In contrast, in Saudi Arabia, the approach has been to have different Saudisation categories for specific industries and minimum salary rates for Saudis working in those sectors,” states Dr Laura Voda. “There are also severe penalties for non-compliance including work permit and immigration service suspension.”

“Oman also has strict policies which include certain jobs being reserved for Omanis and expatriates being banned from working in some sectors,” Dr Laura Voda adds. “Qatar, Kuwait and Bahrain also have similar policies on the nationalisation of the workforce in the private sector.”

“Unfortunately, there have been some reports in the press of employers in the UAE who have been caught making illegal attempts for circumvent the regulations,” Pereira adds. “One such practice has been the so called ‘Fake or Sham Emiratisation’. In these cases, employers have attempted to register UAE national in fake or dummy positions in order to fraudulently achieve the targets.”

“There have also been other cases reported in which employers have terminated the contracts of Emirati employees and the re-employed them in the same establishment to manipulate data and benefit from schemes such as salary subsidies offered by the Nafis programme,” Pereira continues. “The Ministry has also uncovered cases of employers offering Emirati workers a lower salary than other employees as they would be entitled to a top-up of their salary as part of Nafis. Taking such action would be viewed as a violation of Article 4 of Federal Decree-Law No. 33/2021, which prohibits employee discrimination.”

“In addition, there have been cases of what is called mock resettlement where an Emirati employee is offered a fake job merely to obtain the benefits of Nafis programme,” Dr Laura Voda continues. “In these cases, action has been taken against both the employer and the employee.”

“Those tempted to take such action should note that the MOHRE has introduced a strong legal framework within the last year to tackle such abuses,” states Pereira. “This includes Ministerial Decision No. 279/2022 on the Mechanisms of Monitoring the Emiratisation Ratios in the Private Sector, and Contributions Imposed on the Establishments Not Abiding by Said Ratios, which details monthly contributions employers which fail to meet the required levels must pay the authorities. In addition, Cabinet Decision No. 95/2022 covers violations and administrative penalties related to the Emirati Cadres Competitive Counsil’s (an organisation established and governed by Federal Decree Law No. 27/2021 whose initiatives include the Nafis programme) initiatives and programmes. There is also Ministerial Decision No. 5/2022 which specifically provides for controls and conditions for benefiting from the Emirati Cadres Competitive Counsil’s initiatives and programmes.”

In the last year, not only have Emiratisation requirements been enhanced but so have the penalties for non-compliance,” states Dr Laura Voda. “It can already be seen that MOHRE intends not to show leniency to those who violate the new Emiratisation requirements. The authorities look into employees’ employment contracts and compare the benefits offered to foreign workers with those offered to national workers. They are also investigating the work been carried out by Emirati staff, to make sure it is not a fictious role where no real work is being assigned to the employee.”

“The Ministry is taking a proactive role and does not wait for complaints to be made,” Pereira adds. “Based on information in the records, the Ministry may make enquiries into potential violations. “In 2022, they carried out a large number of inspections, are they are now intensifying their inspections tours in order to monitor any fraud or manipulation of employee data. MOHRE’s investigatory powers include powers to carry out investigations, enter premises, summon employers, and obtain access to information and data.”

“Ministerial Decree No. 48/2022 on the Organisation of Labour Inspections details the procedures which govern labour inspections,” Dr Laura Voda states. “MOHRE monitors the Labour Market using various methods, including digital means, which means they can take an active approach in enforcing labour legislation.”

“In this context, they are no longer targeting specific industries as Emiratisation requirements now apply to all sectors. In the last few months, and even before the new Emiratisation rules came into force, there have been several cases where the Ministry taken action. In one case, MOHRE referred a private company to the Public Prosecution after it was discovered they had been deducting money from financial support given to support Emirati trainees. The Ministry also took action against an employer who had hired 43 Emirati nationals from their own family in a fictious manner in order to try to circumvent the Emiratisation rates rules and benefit from Nafis.”

“From January 2023, a fine of 6,000 AED per month per UAE national who has not been employed in line with the law, has been levied on those who have failed to reach the required Emiratisation rates,” Pereira states. “This fine increases annually by 1,000 AED per month, until 2026. A failure to pay these fines can also lead to a suspension of new work permits. Failure to meet Emiratisation targets also leads to employers being classified under one of three categories created by MOHRE and fees payable for work permits depend on such categorisation.”

“If an establishment falsifies Emiratisation percentages or provides inaccurate documents to either evade Emiratisation or falsely obtain Nafis benefits there is also minimum administrative fine of 20,000 AED and a maximum 100,000 AED fine per employee imposed on the establishment,” Dr Laura Voda adds. “Beneficiaries in such cases, also face termination of support and will have to refund all the amounts they have unjustly received.”

“If there have been multiple violations, multiple penalties are imposed and if it is proven that an employer acted fraudulently and intentionally, they may be referred to the Public Prosecution who could take legal action against either or both the employer and the beneficiary.”

“In addition, beneficiaries who fail to attend training programmes, do not report for work after being issued a work permit or cease to regularly attend work can also see their support terminated and face a one-year ban from the Nafis programme,” Dr Laura Voda explains.

“The best way for employers with more than 50 skills workers to ensure compliance with these new Emiratisation requirements is to register on the Nafis portal,” states Pereira.

“This is not mandatory, but it will make it easier for them to hire Emirati employees. Employers who are close to the 50 skilled worker mark should also be aware as their obligations change.” 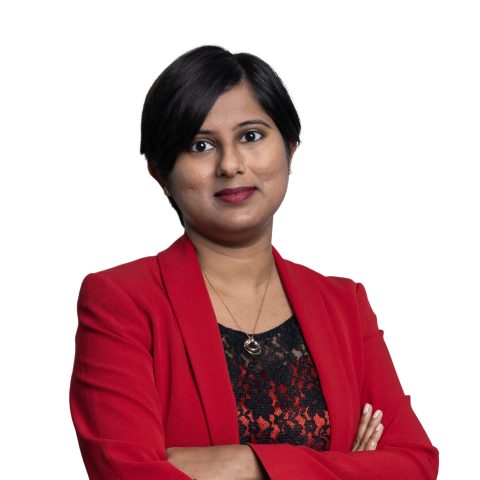