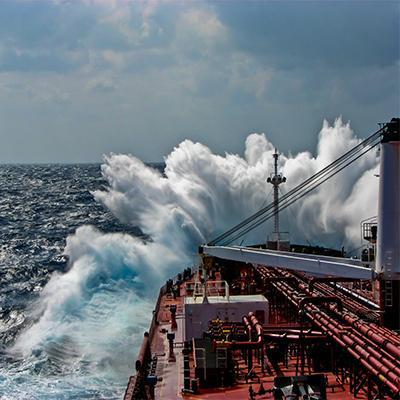 Tanker attacks have a long history indicating that it could be a powerful weapon in international conflict, which can significantly destabilize an economy. During the war in the 1980s, oil terminals and tankers were under severe attacks, which directly affected the economies of both nations, in addition to the safety of maritime traffic.

Very recently, on 13 June 2019, two oil tankers, Marshal Islands-flagged Front Altair and the Panama-flagged Kokuka Courageous were attacked in the Gulf of Oman. Whilst there were no serious casualties, the crew of both vessels was evacuated. This incident once again highlights the need for maritime safety.

Just a few weeks before the June attacks, on 12 May 2019, four oil tankers were hit by a series of coordinated attacks at Fujairah.

Such attacks have a significant impact on the shipping industry. Oil tanker attacks threatened the commercial navigation and the security of global energy supplies which have notable ramifications on the insurance side.

Reportedly insurance premiums for vessels passing through the region have significantly gone up by about 10%. War risk premiums for vessels sailing within the region have now surged to around USD 200,000 for VLCCs according to industry reports. The premiums were close to USD 50,000 after the attacks in May. As a result of the attacks, both, shipowners and charterers, both had halted bookings in order to reassess risks. Who will suffer the most, Cargo interest? Shipowners? or Charterers?

Annual war-risk is one of several forms of insurance a vessel obtains while sailing into high-risk regions. Recently, it has been reported that the London insurance market’s Joint War Committee extended the list of waters deemed high risk to include Oman, the United Arab Emirates and the Gulf after the attacks in May. Therefore, any vessels calling for bunkering in these ports will suffer high premiums.

War Risks clauses have evolved over time in order to evaluate as to when an Owner has the liberty to deviate or repudiate a charterparty upon the happening of certain specified War Risks perils such as acts of war, piracy, terrorism, sabotage, and blockades. In CONWARTIME 1993 the presence of a War Risk lies in the “reasonable judgment of the Master and / Or Owners” so that a vessel is not required to proceed through any area where, in the reasonable judgment, it appears that the vessel, the crew or the cargo on board “may be”, or are “likely to be” exposed to War Risks.

A shipowner trading in high-risk waters will need to pay additional War Risk premium. Whether it’s the shipowner’s obligation or the charterer’s obligation to bear this additional expense, will largely depend on the terms of the charterparty. For fixtures yet to be finalized, it will be a matter for negotiation. For instance, under the CONWARTIME 1993, war risks insurance premiums are stipulated for the shipowner’s account.

A question that may now arise is that whether or not the parties will have a right to repudiate the fixture for the mere fact that it has become uneconomical as a result of the increase in premiums. The “doctrine of frustration” permits a party to a contract to not perform his part if there is a change in circumstances for doing so. However, it is unlikely that the courts will consider a change in the economic burden as a situation or a reason for a party to not perform his part of the contract.

Nevertheless, “frustration” may occur if ports critical to the performance of the charterparty become inaccessible by reason of war or blockade.

Having regard to the current situation in respect of war and terrorism, the contracting parties should pay particular attention to these clauses which may have considerable commercial consequences depending on the interpretation.

Eventually, everything gets passed down to the cargo interest. In addition to the insurance premium, freights for vessels sailing into the Middle Eastern waters have also gone up considerably. As per industry reports, freights are as high as USD 13,000 per day from about USD 11,000.

At Fichte & Co we aim to assist the maritime sector in all areas such as cargo claims, charterparty disputes, and ship arrests. Insurance, in particular, marine insurance, is one of our strong areas of expertise. Our shipping team has an in-depth understanding of the industry. The firm represents shipowners and charterers, P&I Clubs, banks, international agencies, shipyards, underwriters amongst other players in the sector.