Overview: Enforcement Proceedings of Domestic and Foreign Judgements in the UAE 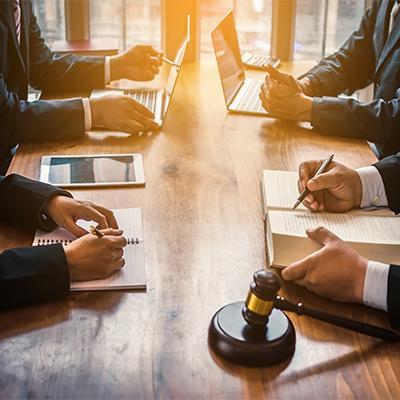 In the UAE, the general procedures for the execution and enforcement of domestic and foreign judgements are set out in Federal Law No. 11/1992 and its recent amendments (Cabinet Decision No. 57/2018 and Cabinet Decision No. 33/2020) (together the “Civil Procedure Code”).

Enforcement proceedings may be initiated after obtaining a final judgment, whether such final judgment was issued from Court of First Instance and became final due to not appealing it, or issued from Court of Appeal, or from Court of Cassation (i.e. Supreme Court). The claimant who wins his claims can apply to the Execution Court asking for enforcement of the domestic judgement following which, the Court will then open a new case file (which has a separate reference number to the main claim) and sends notice to the respondent requesting payment of the judgement sum within 15 days from the date of receiving the Court notification (the “Execution Order”).

If the respondent fails to comply with the Execution Order within the given time frame, the Court has the power to impose enforcement forced measures which include (but are not limited to) issuing attachment orders on the respondent’s assets located in the UAE such as bank accounts, shares, stocks, and bonds as well as on any real or tangible assets, as the case may be. The Court also has the power to impose a travel ban on the respondent. Where the respondent is a company, the Court may order the blocking of all activities on the company’s trade license or even a freezing order of its bank accounts.

The UAE has entered into several reciprocal enforcement treaties, For example:

The general rule is that judgments and orders issued in the above-mentioned foreign jurisdictions are enforceable in the UAE, subject to provisions of the relevant treaty or convention. Where there is no reciprocal enforcement treaty in place covering the matter at hand, certain conditions as set out in the UAE Civil Procedure Code need to be met for the judgement to be enforceable in the UAE. The conditions are as follows:

Procedure for enforcement of foreign judgements in the UAE

Once the applicable Court has recognized the enforcement of the foreign judgment, the applicant can file an application for enforcement before the Execution Judge to enforce the judgment.

The new Regulations have changed the process of enforcement of a foreign judgment. Previously, the enforcing party would be required to follow the same procedure as for initiating a fresh proceedings, by filing a recognition claim before Court of First Instance, its judgment was appealable before the Appeal Court, and further appealed before the Court of Cassation (Supreme Court) was also there. enforcement of local judgments.

As a matter of public policy, the foreign judgment cannot be enforced until it is certain that it contains nothing contrary to UAE public order.

Translation: Except for DIFC and ADGM, UAE Courts operate in the Arabic language, so any document submitted to the Court must in Arabic. Any document that is not Arabic must be translated by a Court-certified legal translator.

Notarization and Legalization: certain official documents used in Court proceedings need to be [notarized and] legalized. [notarization can be done by a certified Notary Public or a Private Notary. Ideally, the Notary would witness the signing of the documents. After notarization, the document needs to be attested/legalized.

The UAE is not a member of the Hague Convention Abolishing the Requirement of Legalization for Foreign Public Documents (the “Hague Convention”). Therefore, any foreign documents to be used inside the UAE must be legalized following the relevant procedures, rather than apostilled.

The relevant procedure to be followed will depend on the origin of the document i.e. which country the document was issued in. In general, documents issued outside of the UAE, must be certified by the issuing authority, and then be attested up to the UAE Embassy in the issuing country.

After this, the original document must undergo the Ministry of Foreign Affairs (MoFA), a mandatory procedure to validate its authenticity. Where the document is to be used in UAE Court proceedings, it also needs to be first translated into Arabic and then be attested by the Ministry of Justice (MoJ).