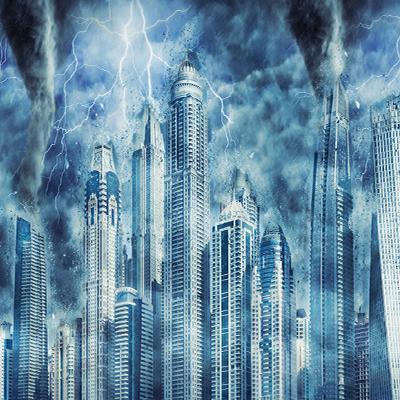 Residents have questions whether these damages are covered under the insurance as rains are caused by “intentional act” of cloud seeding.

Damages to vehicles and properties caused by the ongoing record-breaking rain spell are generally covered under the UAE insurance policies unless it has been explicitly excluded in the agreement, legal experts have said.

Sridhar Subbaraman, founder and owner of insureatoasis.com, said all automobile insurance cover damages caused by the rains. “In fact, all insurance companies have already scores of claims for damages caused either due to accidents following the rains or damage caused to the vehicle due to flooding and water seepage. The motor insurance policies generally sold here does cover loss and/or damage due to natural perils,” Subbaraman told Khaleej Times.

According to the Unified Motor Vehicle Insurance Policy, unless a weather pattern is declared a “natural disaster” by a competent authority, damages caused by it have to be covered.

The UAE Insurance Authority took to social media to clarify that damages caused by the recent rains will be included in the insurance coverage unless “a resolution issued by the competent authorities consider the heavy rains a flood situation”.

Subbaraman said they have had claims reported for completed and under-construction properties affected by rains. “These, too, are covered under the policies generally, unless specifically excluded.”

Zia Ul Jaweed, claims director at RSA Insurance, noted that customers who go for cheaper insurance tend not to read the fine print of their policies. “They see car insurance as a tick-the-box exercise. So when it comes to making a claim, they might quickly find out they’re not as well covered as they first thought. This includes damage done to motors as a result of natural disasters including storms, hailstorms and flooding,” he added.

Legal experts also said that the UAE laws allow residents to insure their assets such as cars, homes and furniture etc. against natural calamities. Ravi P. Jawani, partner at Fichte & Co., said for an insured, the damage due to a rain is normally considered as a “fortuitous loss”. However, the prospects for a successful claim will largely depend on the policy wordings, particularly the insurable risk and exclusion clauses.

Following the rains witnessed this week partly due to the cloud -seeding a peculiar question has popped up: Are damages caused by induced weather covered by insurance?

According to Barry Greenberg, Senior Associate, Asma Siddiqui, Associate, both at BSA Ahmed Bin Hezeem & Associates, this concern is “misplaced”. They said the UAE Civil Code Article 287 absolves a party from liability arising out of a “natural disaster” or “force majeure”, but only where the person played no part in causing the loss.

Ravi P. Jawani, Partner at Fichte & Co. said: “UAE Courts very likely may not agree with any argument against cover if the policy allows indemnity on account of damage as a result of rain or a natural calamity, notwithstanding the cause of such rain. Similarly, the insurance companies are legally obliged to indemnify an insured in case of damages which are beyond its control.”