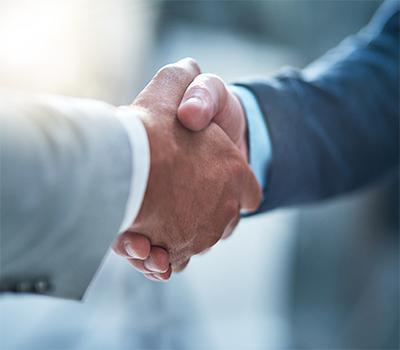 After more than 3 years of debate and preparation, the UN Convention on International Settlement Agreements Resulting from Mediation (the “Convention”) will be signed by several UN Member States in Singapore on 1 August 2019.  Middle and Near East participants in the UNCITRAL sessions leading up to the final draft of the Convention were Kuwait, Lebanon, Saudi Arabia, Iraq and Syria (first 2 as full delegations and latter 3 as observers).  As the question of ratification by the UAE is inevitable, this commentary briefly considers the Convention and whether the UAE should ratify the Convention.

Similar to the New York Convention (which the UAE is a signatory of), the Convention sets a framework for the recognition and enforcement of mediated settlements that resolve international commercial disputes.

“[I]nternational” in Article 1 requires parties to either come from at least 2 States, or their respective place of business to be in different from each other.  The Convention does not apply to settlement agreements:

Given the above, the Convention applies only to mediated settlements of parties from 2 different states to resolve a commercial (excluding consumer-based transactions) dispute.  The clear exclusion of consumer contracts, familial and employment disputes allows UAE courts to still retain its jurisdiction over the said areas of law, and for mediation of such disputes to be exclusively governed and resolved under local auspices.  Further, as a signatory of the New York Convention and a place of business which thrives on international commercial activities, the ratification of the Convention enables commercial disputes to be resolved more cost-efficiently, rendering the UAE to be more business-friendly.

Further this “competent authority”, as per Article 5, “may refuse to grant relief at the request of the party against whom the relief is sought only if that party furnishes to the competent authority” the usual evidence to build the usual grounds for against recognition (incapacity of party, null or void agreement etc.).  More importantly, the UAE Courts may rely on two grounds in Article 5.2 to refuse relief:

“(a) Granting relief would be contrary to the public policy of that Party; or

(b) The subject matter of the dispute is not capable of settlement by mediation under the law of that Party.”

The Convention was drafted in mind to bequeath a wide discretion to the respective competent authorities of signatories.  As such, the UAE Courts may not grant relief in real estate disputes (an area which the local courts traditionally do not relinquish jurisdiction) and other disputes for reasons pursuant to public policy, shariah law and laws of the UAE.

This article chimes with Dubai Law No. 6 of 1997 which provides that the Dubai Court claims jurisdiction over “Government Departments, including institutions, bodies or authorities attached to the Government of Dubai”.  As such, the Convention has factored in a consideration that would be dwelling in the minds of states that prefer excluding government entities from the Convention.

Considerations for the DIFC and ADGM

“If a Party to the Convention has two or more territorial units in which different systems of law are applicable in relation to the matters dealt with in this Convention, it may, at the time of signature, ratification, acceptance, approval or accession, declare that this Convention is to extend to all its territorial units or only to one or more of them, and may amend its declaration by submitting another declaration at any time.”

In view of the above, the UAE may adopt the Convention but limit its application only to the DIFC and the ADGM, which arguably are “territorial units” with “different systems of law”.  The question of whether the conduit jurisdiction could be invoked to enforce a Convention mediated settlement in onshore-UAE, would unfortunately require a dedicated commentary in view of relatively recent decisions made by the UAE Joint Judicial Committee at the time of writing.

The preamble of the Convention and similar laws in the UAE reveal there is a shared support of mediated settlements.

Preamble of the Convention provides:

“The Parties to this Convention…

Convinced that the establishment of a framework for international settlement agreements resulting from mediation that is acceptable to States with different legal, social and economic systems would contribute to the development of harmonious international economic relations…”

Rule 27.2 of the Rules of the DIFC Courts reads:

“[T]he view of the Court is that the settlement of disputes by means of alternative dispute resolution:

(1) significantly helps parties to save costs;

(2) saves parties the delay of litigation in reaching finality in their disputes;

(3) enables parties to achieve settlement of their disputes while preserving their existing commercial relationships and market reputation;

(4) provides parties with a wider range of solutions than those offered by litigation; and

(5) is likely to make a substantial contribution to the more efficient use of judicial resources.”

Articles 5 and 6 of Dubai Law No. 16 of 2009 on the Establishment of the Centre for Amicable Settlement of Disputes state:

“The disputes submitted before the Centre shall be heard and settled amicably through a number of specialists under the supervision of the competent judge.

None of the actions that fall within the jurisdiction of the Centre shall be registered before the courts, unless after being submitted before the Centre, and after the issuance of a resolution therefrom to refer the dispute to the competent Court.”

The UAE, being a signatory to the Singapore Convention brings more benefits to the Emirates, than staying out of it.  The UAE after all is a signatory to the New York Convention and desires to be a preferred place for business.  Having a judicial system which businesses are happy with is key to attracting and retaining the presence of influential corporations.  Therefore, ratification would be a welcome-move by many and a detailed study of ratifying the Convention is recommended.