Right of Arrest Under UAE Law for Unpaid Bunker Suppliers 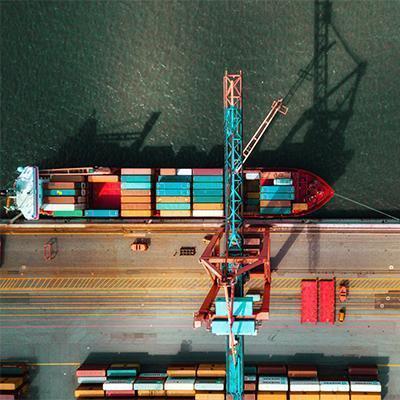 During difficult market conditions, it is not uncommon for charterers to become insolvent or file for bankruptcy and to leave behind numerous debts including for bunker supplies that they had ordered under a charterparty. In circumstances where the charterers fail to make payment in time or at all, bunker suppliers usually seek recourse against the supplied vessel and/or the owners by arresting the supplied vessel.

In such a situation, shipowners risk facing substantial damages due to the vessel being held hostage to guarantee payment for their supplied bunkers. The shipowner would also be dragged into costly and time-consuming legal proceedings without being at fault whatsoever. Furthermore, depending on the vessel’s trade, vessel arrest could result in major disruptions to the shipowner’s business.

Position in the UAE

In the UAE, the position in respect of the ability to arrest a vessel is governed by Federal Law No. 26 of 1981 (the “UAE Maritime Code”). Article 115 of the UAE Maritime Code provides that a creditor may arrest a vessel for the satisfaction of a “maritime debt”. Article 115(2)(9) includes “supplies of products or equipment necessary for the utilization of or maintenance of that vessel in any location of supply whatsoever” as a “maritime debt”. Accordingly, bunker supplies will tend to be classified as falling within this category of maritime debts. Notably, the right of arrest will apply irrespective of where the supply of bunkers took place, as long as the supplied vessel is calling at UAE ports.

Article 116 provides “any person seeking the recovery of the debts referred to in the preceding Article [115] may sequestrate the vessel to which the debt relates or any other vessel owned by the debtor…”. Therefore, not only will the bunker supplier be able to arrest the supplied vessel, but it will also be able to arrest any other vessel owned by the same debtor, regardless of whether he is the owner or the charterer (if there is no dispute concerning ownership of the sister vessel or a mortgage).

Furthermore, Article 117 of the UAE Maritime Code provides that “if the vessel has been chartered to a charterer together with the right of navigational management thereof, and he [the charterer] is responsible for a maritime debt connected therewith, the creditor may arrest the said vessel or any other vessel owned by the same charterer”. Therefore, the right to arrest will exist even where the maritime debt is owed by the charterer, provided that the vessel arrested is the supplied vessel and the charterer has navigational management of that vessel (such as time charterers or demise charterers). By virtue of Article 117, the right of arrest extends to any other vessel owned by the same charterer (unless there is a dispute concerning ownership or mortgage of the sister vessel).

The nature of bunker supply contracts places shipowners in a precarious position. Under UAE Federal Law, unpaid bunker traders can take recourse against a supplied vessel by arresting the same, even where the debt was incurred by a charterer. P&I clubs have warned shipowner members to protect themselves from the risk of claims for charterers’ unpaid bunkers.

Nevertheless, there are some steps that shipowners can take to mitigate their risks, such as requesting for clarifications and confirmations from charterers that the bunker supplies have been paid in full. It may be also useful to request the charterers to provide a letter of indemnity against any costs arising out of an arrest due to inter alia unpaid bunkers. Such an indemnity will facilitate faster recovery of costs and damages for shipowners where the supplied vessel has been arrested.

Alternatively, shipowners can incorporate into the charter party precedent clauses such as the BIMCO Arrest Clause for Time Charter Parties 2019 (the “BIMCO Arrest Clause”). BIMBO has elaborated the Arrest clauses for both voyage and time charter parties, to allocate risk based on the “sphere of responsibility” approach taken by the Court of Appeal of England and Wales in “The Global Santosh” case. Under this approach, a distinction is drawn between issues such as the management of the ship and its crew, which fall within the shipowners’ sphere of responsibility, and employment for use of the ship which falls within the charterers’ sphere of responsibility.

For example, sub-clause (b) of the BIMCO Arrest Clause provides that “In the event of Arrest that is the result of any act, neglect or default of the Charterers, their sub-charterers, servants or agents, or by any other party connected to the employment of the Vessel under this Charter Party, then the Vessel shall remain on hire. The Charterers shall take all reasonable steps to release the Vessel, including and without limitation the provision of security. In the event that the Charterers’ security is not accepted, the Owners may provide security against the provision of counter-security by the Charterers.”

Additionally, sub-clause (c) provides that “in the event of any other Arrest, the Owners shall take all reasonable steps to release the Vessel, including and without limitation the provision of security, and should the full working of the Vessel be prevented, the Vessel shall be off-hire for the time thereby lost.”

These clauses have the effect of profoundly changing the allocation of risk between charterers and ship owners, to the detriment of charterers as it imposes much greater obligations on them and expands the scope of situations where charterers will be held liable for third-party arrest. This seems commercially fair, as charterers should be held responsible for third-party arrests where these have ensued due to non-performance on behalf of the charterer (such as defaulting on payment terms under bunker supply contract). However, this clause will not provide the required assistance after the vessel is redelivered to the shipowners.

It should be noted that charter parties that incorporate BIMCO terms are usually subject to the jurisdiction of the courts of England and Wales. However, Article 122 of the UAE Maritime Code provides that the UAE Courts will have jurisdiction to decide on the substantive case filed following the arrest “even if the vessel does not have the nationality of the State”, amongst other reason provided in the civil procedures law, if:

There is very little that shipowners can do to prevent an arrest of a supplied vessel in the case where bunker supplies remain unpaid. Under UAE law, the right of arrest is a statutory one that operates irrespective of any terms included in the charterparty. As such, if a charterer is unable to pay for bunker supplies, there is a significant risk of interruption to the vessel and the owners’ trade.