Things to Know about the “Early Leave” Initiative in UAE 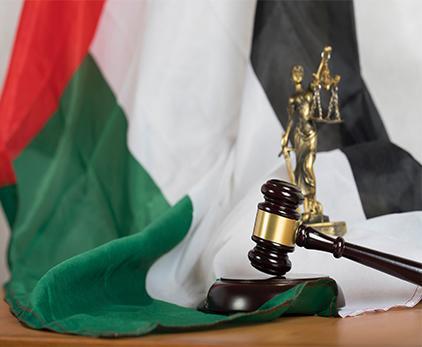 Note: In continuation of our previous article, the NEW Ministerial Resolution on Employment and COVID 19

1. What is the “Early Leave” Initiative?

In furtherance to Ministerial Resolution 279 of 2020 and as part of the UAE Government efforts to contain the effects of the COVID 19 pandemics in the labor market, the Ministry of Human Resources and Emiratization (MOHRE), in cooperation with the Federal Authority for Identity and Citizenship, the Ministry of Foreign Affairs and International Cooperation, the General Civil Aviation Authority, and the National Emergency Crisis and Disasters Management Authority, has launched the ‘Early Leave’ initiative.

The salient purpose of the Initiative is to offer to Employers a less costly alternative to Redundancy, one of the allowable measures under Ministerial Resolution 279. Under the Resolution, the employers having surplus of foreign workforce would need to still pay the housing and food allowances (not wages), in addition to making such workforce available to other establishment via the Virtual Labor Market. Whereas the Redundancy route still challenges the financial capability of the employers, the “Early Leave” package comes in response to that, by offering a more financially effective route: the temporary repatriation of foreign workforce.

2. Who can benefit from the “Early Leave” Initiative?

“Early Leave” is a humanitarian initiative designated to benefit non-UAE employees from the private companies operating under the remit of MOHRE. Accordingly, the employees may return to their home country for a temporary period (i.e. during the precautionary period implemented by the UAE Government), such return being facilitated by the competent governmental authorities.

The return may be both in the form on Annual Leave (paid leave) or Unpaid Leave, measures already known and made available to the employers via Ministerial Resolution 279.

3. What is the procedure and what do employers need to know about this Initiative?

For availing the Early Leave package, the employer and employee need to mutually agree in writing that the employee is granted either Annual Leave, either Unpaid Leave, via a temporary addendum to the Employment Contract. The Addendum Templates are available on the MOHRE website and SmartApp.

Additionally, the employer must provide the employee with a round trip ticket to and from home country. In order to contain the situation, the residence visas of the employees registered under the Initiative will be automatically renewed if expired during the exit period. Although not essentially specified in the Initiative, it is understood that, where applicable, the companies at issue will not be sanctioned under the Wages Protection System (WPS) for non-transferring wages during the so agreed period.

It is mandatory though for the stakeholders to acknowledge that the initiative is of a temporary nature and does not affect the application and effect of the Employment Contracts with benefiting employees.

4. Under the Initiative, can an employee avail both Annual Leave and Unpaid Leave as Early Leave?

There is nothing in the MOHRE official communications banning such process, therefore it is our understanding that the employee may benefit from Annual Leave (or unused days on Annual Leave at the time when applying) and, for the remainder of the agreed exit period, avail Unpaid Leave.

Consequently, the Annual Leave days are payable by the Employer according to the UAE Employment Law, whereas for the remaining exit period, the employee will remain completely unpaid.

5. Can an employer refuse to grant the “Early Leave” benefit to the employees?

Whereas we have already stated that the Initiative aims to mitigate, but not fully avert the burden on employers tempted to unlawfully terminate employees in this period, it is again our understanding that the Initiative stands as an additional option given to the employers, aside from the ones existing under Resolution 279.

Consequently, in addition to remote working, granting leaves or reducing salaries, the employees have now the option to allow their staff to temporarily repatriate. In view of these new compliance requirements, it is understood as well that employers are not exempted from labor claims in this period, therefore they would need to comply with one, or more, of the newly imposed measures via Resolution 279 and the Initiative for avoiding a contractual breach and its consequences.

6. Can an employer apply the Early Leave in conjunction with other measures allowed under Resolution 279?

Pertinently, one question would be whether an employer may grant Early Leave and, at the same time, reduce the salaries temporarily or even permanently.

As previously noted in our article on Resolution 279, temporary or permanent reduction of salaries links to the pre-existence of a mutually signed agreement / addendum between the employer and the employee. Whereas legally there is a possibility that an employer repatriates staff and pre-agrees with them that their return to work will be subject to lower wages, it is expected that the MOHRE will issue further guidance on such issues in order to avoid unconscionable situations for employees or the employees not willing to return to UAE once their Early Leave period is over.

7. What is the effect of Early Leave on the Employment Contracts?

Whereas we have constantly expressed the statement that the UAE Federal Law no. 8 of 1980 remains applicable and is not superseded or in any way replaced by the Resolution and by the Early Leave initiative, it is understood that the employers may still lay off employees for lawfully permitted reasons during the governmentally implemented COVID 19 precautionary measures.

A question that remains unanswered though is whether an employer may lay off an employee for a valid reason, if the employee is in the Early Leave period. For this, further guidance from the MOHRE will be expected although it is understood that the Employment Contracts would still produce their effects during the Early Leave period (one of them being the possibility of being unilaterally rescinded).

8. Does the Early Leave Initiative affect the end of service benefits?

No, the Initiative does not impede and does not conflict with the statutory benefits of the employees. Accordingly, if an employee was on Early Leave for a period of 1.5 months, the said period will account for the calculation of the employee’s statutory entitlements.

9. Can an employee refuse to resume work at the end of Early Leave?

As previously mentioned, the Employment Contract remains in full force and effect during the Early Leave. Consequently, in the case of a refusal, the employer may activate the statutory mechanisms against the employee, starting with absences, warnings, salary deductions, termination of employment or even more severe claims, such as absconding.

10. Can an employee resign during Early Leave?

Whereas it is understood that, for the Early Leave period, the Employment Contract remains in full force and effect, the resignation appears to remain an option for the employees. Such outcome is anyway subject to further guidance to be issued by the MOHRE, given the humanitarian nature of the overall Early leave initiative.

Whereas several aspects in the early leave Initiative would need to be clarified, we will issue regular updates on the same, in line with the new developments and guidance issued by MOHRE.

For any legal assistence related to employement, please do not hesitate to reach us at, please email us at info@fichtelegal.com or call +971 4 435 7577