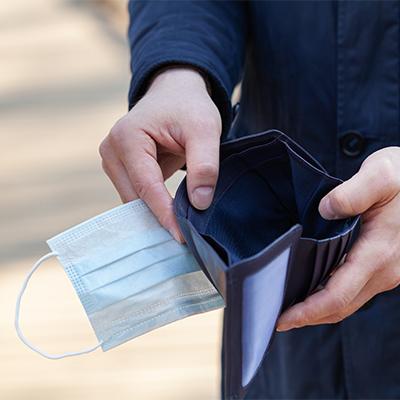 Throughout the United Arab Emirates (UAE), a collective frustration existed with insolvencies due to the time-consuming nature and significantly low recovery rates, which stemmed from outmoded insolvency laws under Book 5, Article 645-900 of Federal Law No.18/1993 (the ‘’Commercial Code’’). Under these ambiguous provisions, it was a criminal offense for directors to fail to petition for bankruptcy within 30 days of the date of suspension of payment of its debts.

The provisions of the new Federal Law No. 9/2016 as amended by Federal Law No. 23/2019 (the ‘’Bankruptcy Law’’) have been viewed as a move in the right direction for the UAE as an international commercial hub. It has brought clarity to the processes available to companies in financial distress. Significantly, the new regime, emphasizes early prevention and debt restructuring and offers alleviation from criminal sanctions against managers and company directors. These legal safeguards and certainty have stepped to the fore as an increasing number of businesses, in particular, small and medium enterprises (SMEs), face cash-flow problems as a result of the negative economic impacts of Covid-19.

The Bankruptcy Law has a wide application compared to the bankruptcy provisions under the Commercial Code. It applies to all companies established under the Commercial Companies Law (CCL), free zone companies (excluding DIFC and ADGM), individuals trading for profit and licensed civil companies. It will also apply to non-CCL companies that are wholly or partly owned by the federal or local government and whose articles of association provide for them to be bound.

Debtor-led: a business can apply to the Court under the new bankruptcy provisions if it meets either the Balance Sheet or Cashflow test. A company is considered a balance sheet insolvent where its assets do not cover payable obligations. Alternatively, the company will be cashflow insolvent where it has been in the cessation of due debts for a period exceeding 30 consecutive working days as a result of a difficult financial position.

Significantly, where the assets of a debtor are inadequate to fulfill 20% of its obligations, the Court may commit managers or directors to pay these obligations, where the financial situation is a consequence of improper management.

Creditor-led: any creditor (secured or unsecured) can initiate bankruptcy proceedings provided that their debt is not less than AED 100,000 and has been due and unpaid for 30 consecutive business days. However, in the case of mortgagees, the amount claimed must be part of the difference in the value of the secured debt due where the value of the guarantee does not cover the entire value of the debt secured by the mortgage.

Under the Bankruptcy Law, a pre-insolvency preventative composition procedure (PCP) exists to protect a debtor in financial difficulties to reach a Court supervised compromise with its creditors.

An application for PCP is debtor-led although the company auditors will be involved in approving the settlement plan. This is a positive development as it allows debtors to deal with declining financial performance as early as possible.

Alternatively, the Law provides for two similar yet distinct post-insolvency processes; a Court-based, restructuring process and a formal Court-led liquidation.

Business Restructuring Scheme (BRS): this is similar to PCP but applies where the company is insolvent. It may be ordered by the Court if the business is still viable and able to operate, notwithstanding their current financial position.

Declaration of Bankruptcy and fair liquidation: this will be ordered where BRS is not appropriate. In this instance, a Court-appointed trustee will liquidate the assets of the debtor and distribute the proceeds according to the priorities under the supervision of the Court.

In summary, the Bankruptcy Law is a welcomed development for the UAE’s insolvency regime. It created more legal certainty, underlines early prevention and debt restructuring, and has eased criminal sanctions. In general, it represents a move towards a business-friendly, flexible, and internationally-aligned approach which should assist businesses to work through financial difficulties and avoid liquidation.

However, its ultimate success will depend on how effectively it is implemented in practice by legal practitioners, business owners, and directors alike. In particular, it is crucial that company officials understand the serious ramifications for themselves and their entities should bankruptcy proceedings commence, despite the recent ‘softening’ of the regulations. In this context, it is important to emphasize the directors’ duties. Directors should seek independent legal and financial advice, regularly evaluate the company’s financials to understand their cash flow position, and should devise a financial contingency plan as a fallback in case problems arise. In a post-pandemic economy, many companies will be forced to exit the market. As such, bankruptcy or voluntary liquidation are options to be considered on a case by case basis.