How to Safely Close Down a Business in Mainland, UAE? 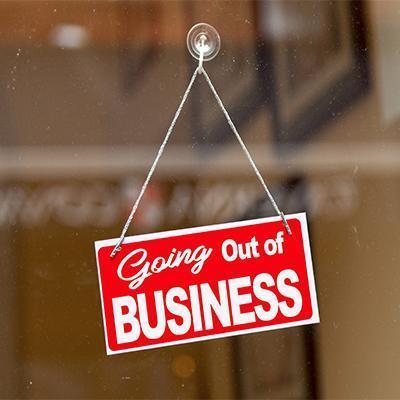 The two most prevalent routes that have been undertaken for liquidating a company are either ‘voluntary winding up’ specified under the Federal Law No. 2 of 2015 -The Commercial Company law (the “Companies Law”) and the Department of Economic Development setting out formal requirements for operating entities; or via ‘bankruptcy’ regulated by the Federal Law No.9/2016 on bankruptcy as amended by the Federal Law no. (23) Of 2019 (the “Bankruptcy Law”) regulating business insolvency.

The Bankruptcy Law applies to all companies established under the Commercial Companies Law, individuals who are classified as a “trader” under Federal Law No. 18 of 1993 relating to commercial transactions and most free zone companies (excluding DIFC and ADGM). Moreover, the Bankruptcy Law will not apply towards companies that are wholly or partly state-owned, typically owned directly, or indirectly through government-owned investment companies unless, they explicitly state in their company’s constitution they wish to opt into its application. Additionally, the Companies Law suggests that it applies to all commercial companies, except free zone companies unless they operate outside of their designated areas. The law further stipulates certain companies that are exempt from the provisions of this law.

This article will outline the basic processes to be pursued by UAE-based Company’s for both voluntary winding up and bankruptcy as per the specific laws.

This is the process where a company wishes to voluntary liquidate its company through the approval of its shareholders. This process is not court-ordered but voluntarily initiated under the company’s constitutional documents. The reason being such that winding up involves where the company chooses to close down for reasons other than bankruptcy, such as seeing no rationale to continue operating, not adequate liquidity incoming, and other general grounds for ceasing the company’s operations. Such a process can be done via special notarized shareholders’ resolution to wind down the company.

Such voluntary wind up can only occur if the company is still solvent. In order to prove solvency, the members generally have to make a ‘Declaration of Solvency’ that they are able to pay all their debts and dues within 12 months of the winding up. A liquidator will be appointed to present a report about the audited account as part of the closure, and any creditors will need to be dealt with. Such declaration including accompanying documents as prescribed by the Companies Law should not be false or misleading. In the event the company cannot pay their dues within the stipulated date in the resolution, this would be deemed as evidence for misleading declaration of solvency.

Once these documents are submitted to the regulators, the companies will undergo a 45 days public notice depending on the resolution submitted before, prior to being completely struck off from the companies’ registry and obtaining a license cancellation certificate.

A bankruptcy declaration can be decided by the court, upon request of the debtor (company) itself, or the creditor(s). Chapter 4 of the Bankruptcy Law discusses the possibility of whether the company should restructure its business or declare its bankruptcy by carrying out a fair liquidation.

In the event that the court concedes the application for bankruptcy and accepts it, the court will appoint a trustee as per Article 82. The trustee’s role is to report on and evaluate and manage the financial position of the company, prepare a record of the company creditors, including ascertain the preferred mechanism to continue with the bankruptcy proceedings and publish the court’s decision and invite creditors to submit their claims and prepare a list outlining creditors who submitted their claim within 20 days as per Article 88. The trustee will then prepare a report assessing whether the debtor should restructure their business or declare its bankruptcy which will be examined during a court hearing as per Article 96.

The laws have provided a tool for debtors and creditors to negotiate solutions for UAE businesses in financial struggles, where probable, to avert bankruptcy altogether to revitalize company structures. Overall, the regulations help to elucidate the process available to commercial enterprises tackling financial distress portraying the UAE in the right direction as a transnational commercial hub.